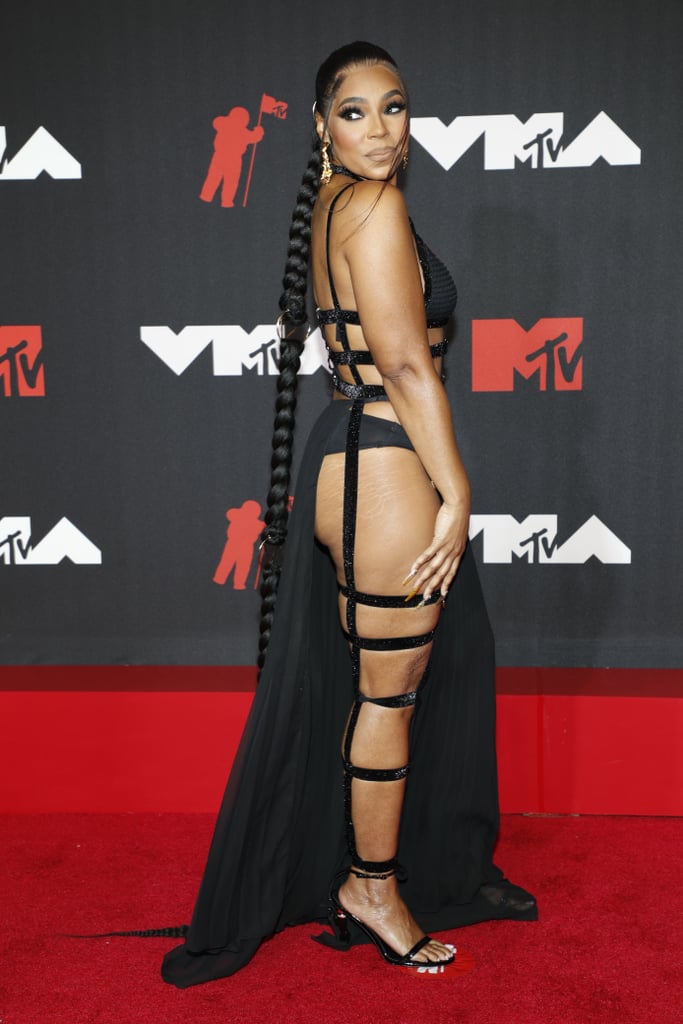 Ashanti stepped out at the 2021 MTV Video Music Awards wearing a cutout dress that was so sexy even Nick Cannon bowed down to her on the red carpet. But sit down as we direct your attention to another head-turning detail from her look that could make anyone get down on one knee: the floor-length ponytail braid she paired with her all-black Michael Costello ensemble for the night.

The singer appeared at the ceremony on Sunday evening wearing a sleek ponytail braid that flowed all the way to the ground, but the length itself wasn't even our favorite part of her look. The full ponytail was built as an attachment, and one look at the braid from behind and you'll notice that it was accessorized with metal hair rings that connected each section of the ponytail. Ashanti's hair was the work of celebrity hairstylist Kalief Wolfe, who shared a closer look at the braid to his personal Instagram page.