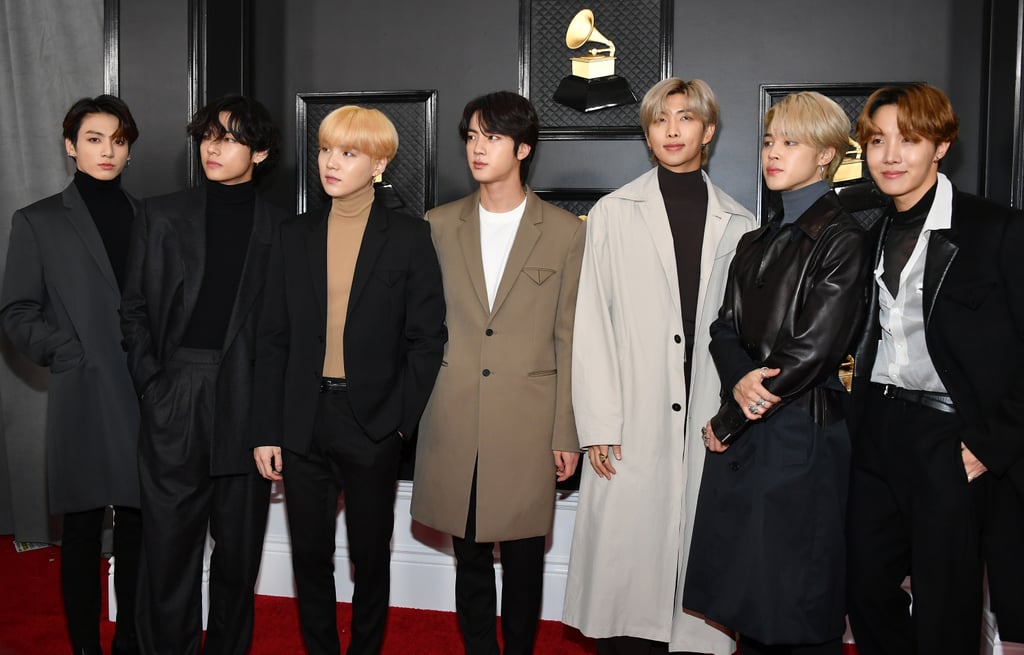 You Might Be Surprised by How Many Tattoos BTS Have

The members of BTS go all out with their beauty and fashion looks, but one thing this K-pop group doesn't do a lot of is tattoos. The boy band has seven members, but only two of them are tatted. Jin, J-Hope, RM, V, and Suga are all ink-free at this point, but you never know when Jimin and Jungkook's influence may rub off on them.

Everyone has personal reasons for getting — or not getting — tattoos. In an interview with Grazia, Suga explained why he's currently on the fence about getting inked. "I might want to do something else in the future," he said, according to a translated version of the interview. "I want to do charity work. It might not look good, so I'm refraining myself."

While Jimin only has a couple tattoos so far, Jungkook, on the other hand, has quite a few. In fact, he has so many pieces of ink, we're not entirly sure we can ID them all. The BTS ARMY definitely can though, so with their help, we nailed down as many BTS tattoos as we could ahead.

Celebrity Hair
From Loose Waves to Tight Braids, The Last Duel Is Filled With Tiny Beauty Details That Tell a Larger Story
by Samantha Sasso 1 hour ago

Music
Here's BTS's Permission to Dance On Stage Concert Setlist, For Your Listening Pleasure
by Kelsie Gibson 1 day ago