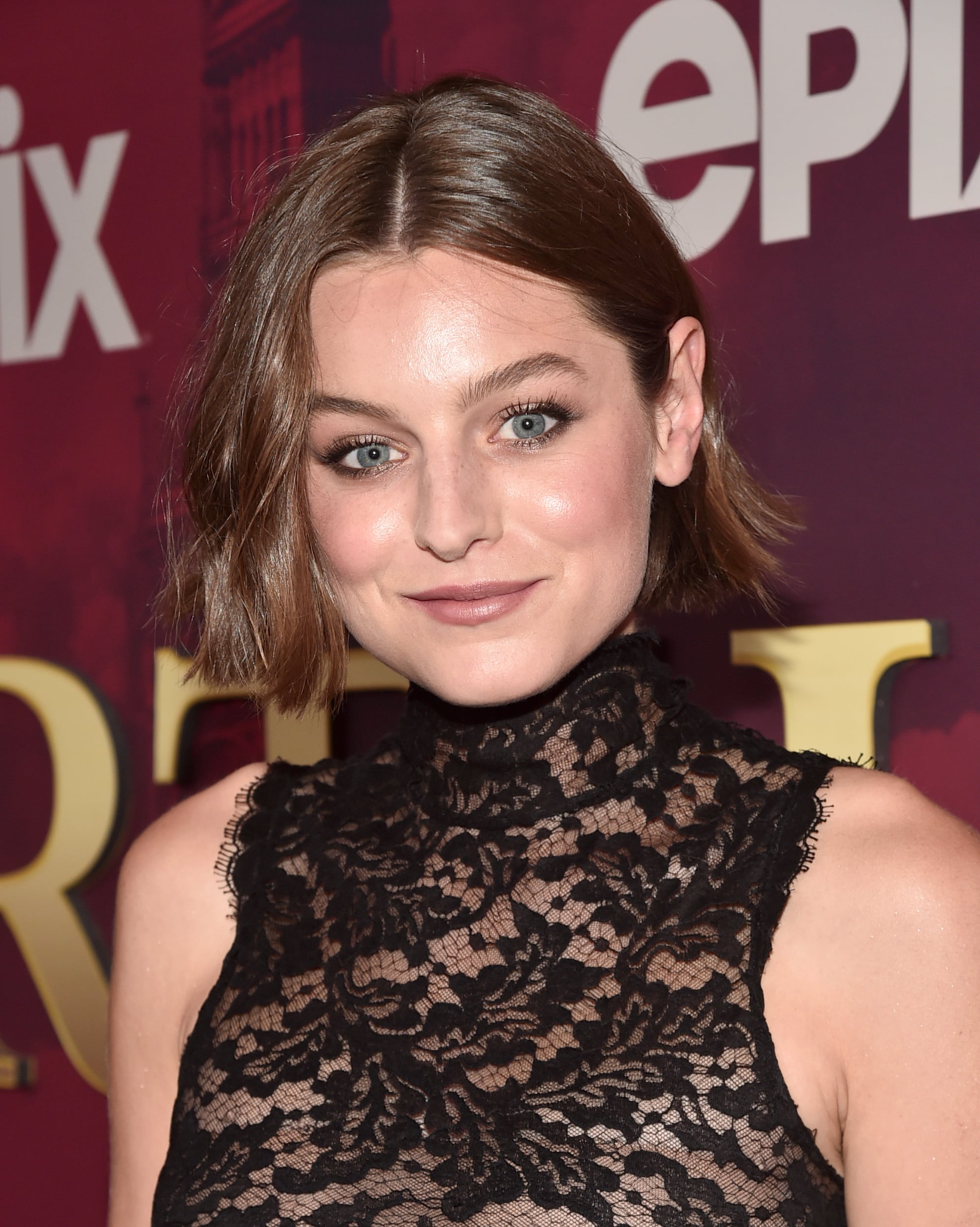 Emma Corrin decided to take the inspiration she felt from '90s heartthrobs for the 2021 awards season and make it a part of her permanent image — and if you thought she looked cool before, get a load of her new style. On Wednesday, the star of The Crown posted a series of photos on Instagram Stories of her undergoing a hair change before showing off the final result — an inverted bob — with a photo on her feed.

In the first photo, Corrin has foils in her hair; in the second, she's grabbing a bite to eat while the color processes; in the third and fourth photos, the finished look is revealed. Hairstylists Daniel Martin and Reiss Alexander lightened Corrin's hair to a bright-blond color before giving her a fresh, sharp cut and shaving the underside of her hair. Now, with the bottom of her hair super short and the top long, you can see the contrast between her blond and dark-brown hair colors. 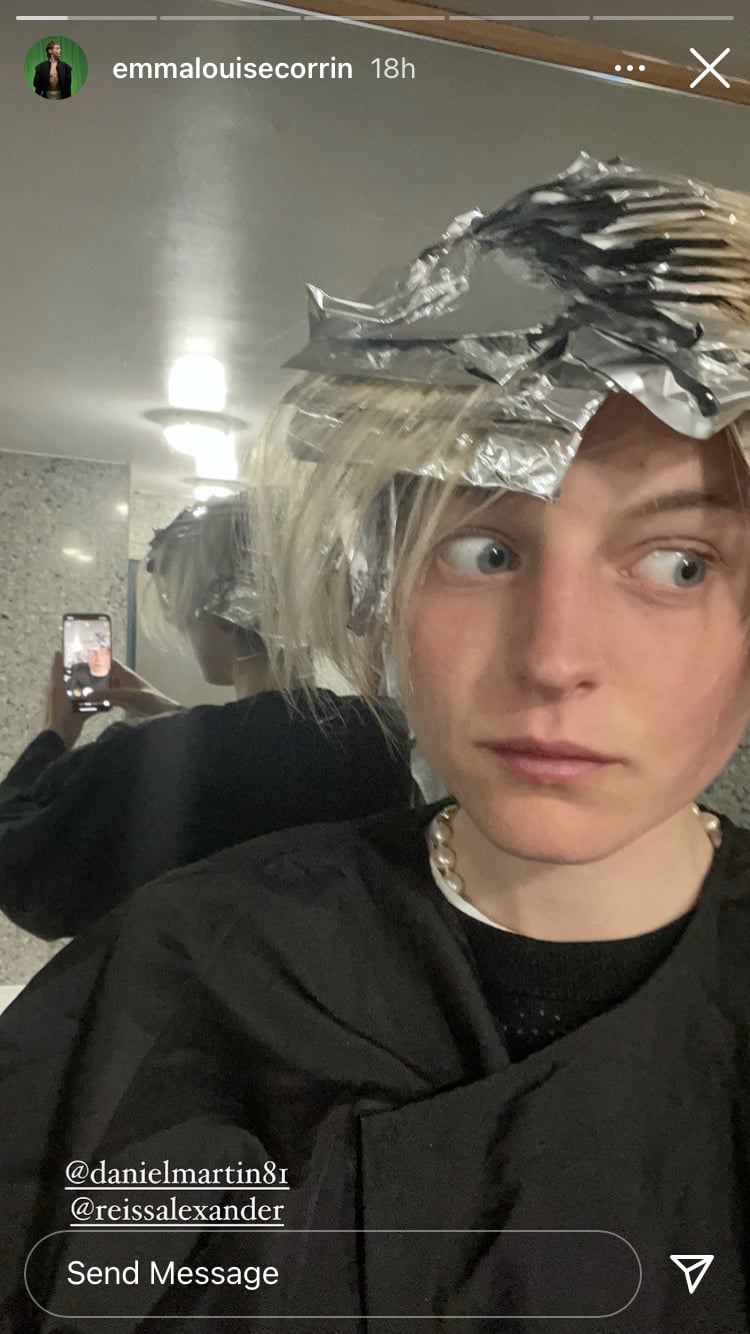 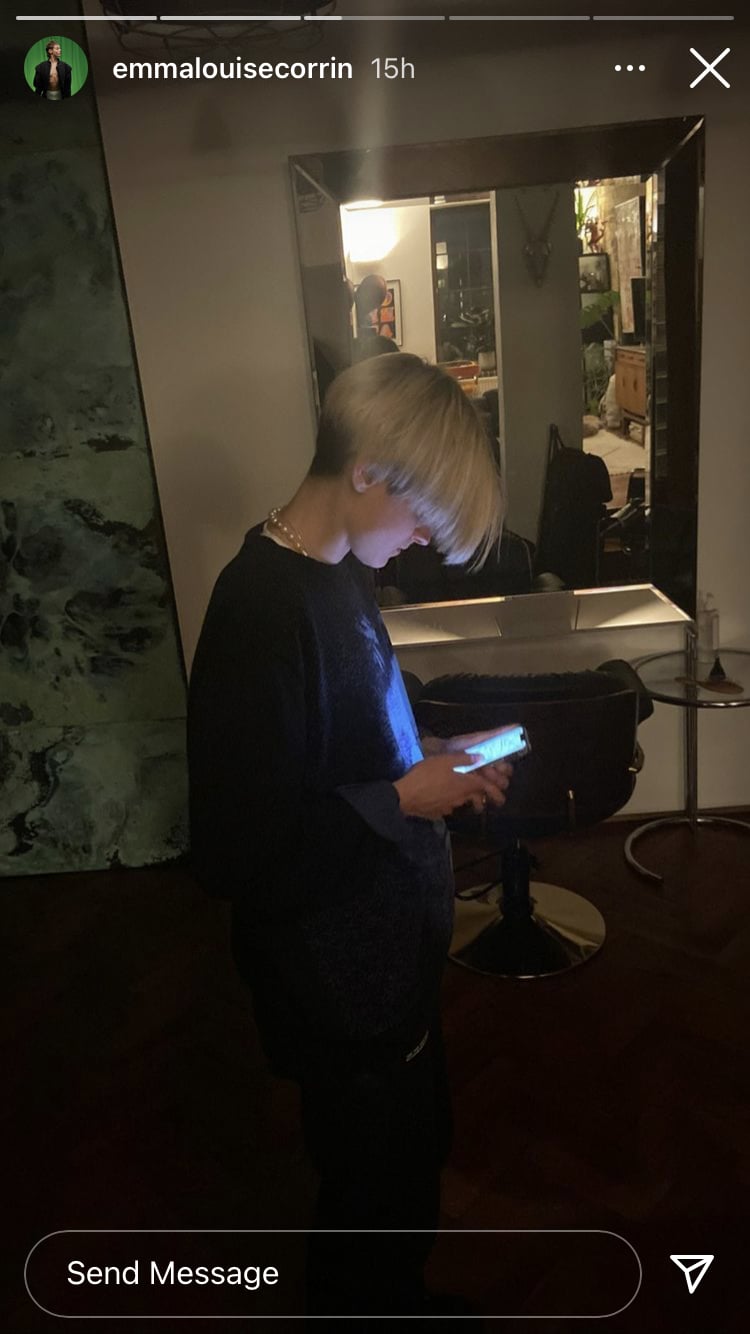 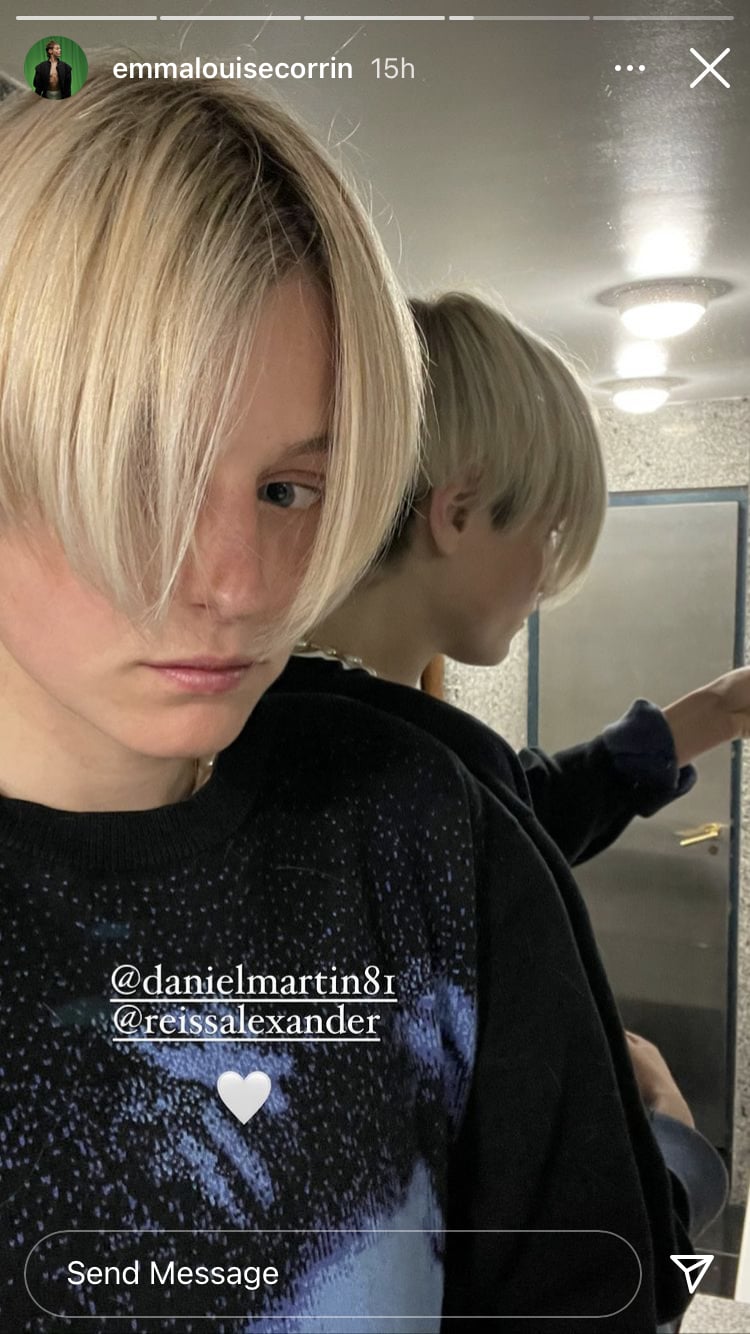