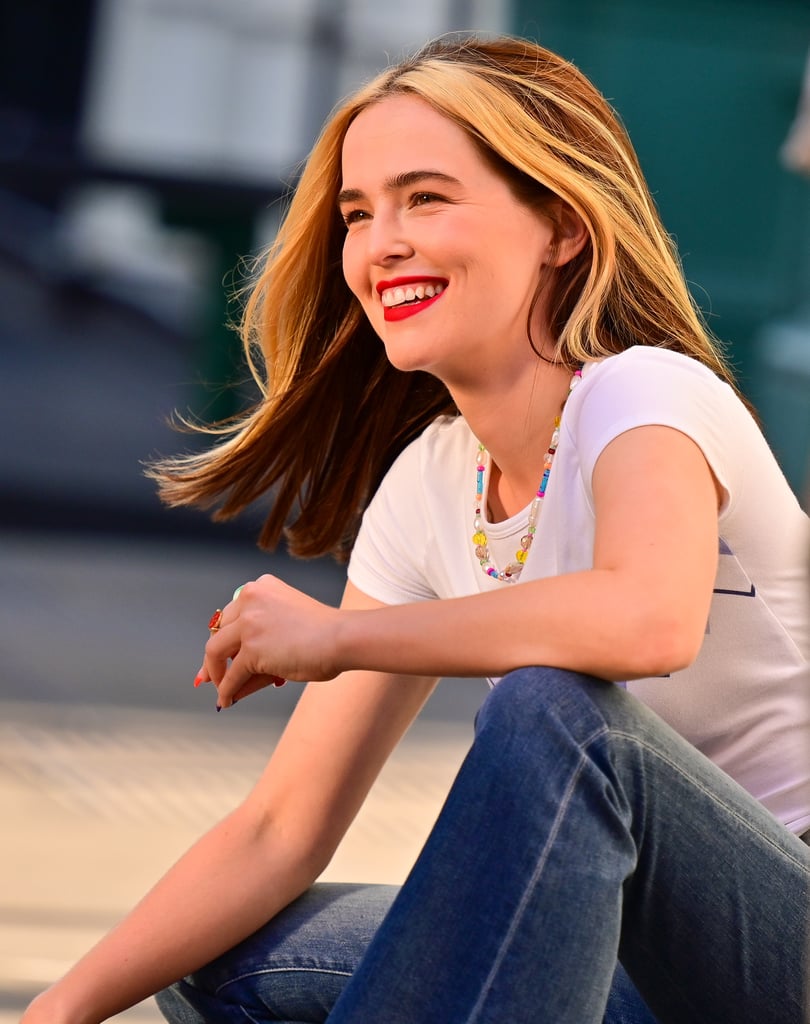 Zoey Deutch is wearing the hell out of her new hairstyle. On July 30, the actress was spotted filming her film Not Okay in NYC, and it looks like her character is, like, totally feeling the '90s. As Deutch introduced "Danni Sanders" to the world, her "money piece" highlights are already getting love from the actress's real-life friends on social media.

"Wait I love your hair like this," Riverdale's Madelaine Petsch commented, with stylist Samantha McMillen adding, "I had that same hair in 1992." These chunky highlights echo the trend from two decades ago, and in Deutch's case, the blond pieces provide a brightening effect around her face. "I love the technique because it frames the face and makes the complexion glow," colorist Rachel Bodt told POPSUGAR previously. "It's the hair color equivalent to highlighter or makeup contour." Get a look at Deutch's new look in the photos, ahead.

Related:
A Timeline of All of the Celebrity Beauty Brands That Have Launched Since the '90s
Previous Next Start Slideshow
Zoey DeutchCelebrity HairCelebrity BeautyHair Trends

Celebrity Hair
From Loose Waves to Tight Braids, The Last Duel Is Filled With Tiny Beauty Details That Tell a Larger Story
by Samantha Sasso 2 hours ago