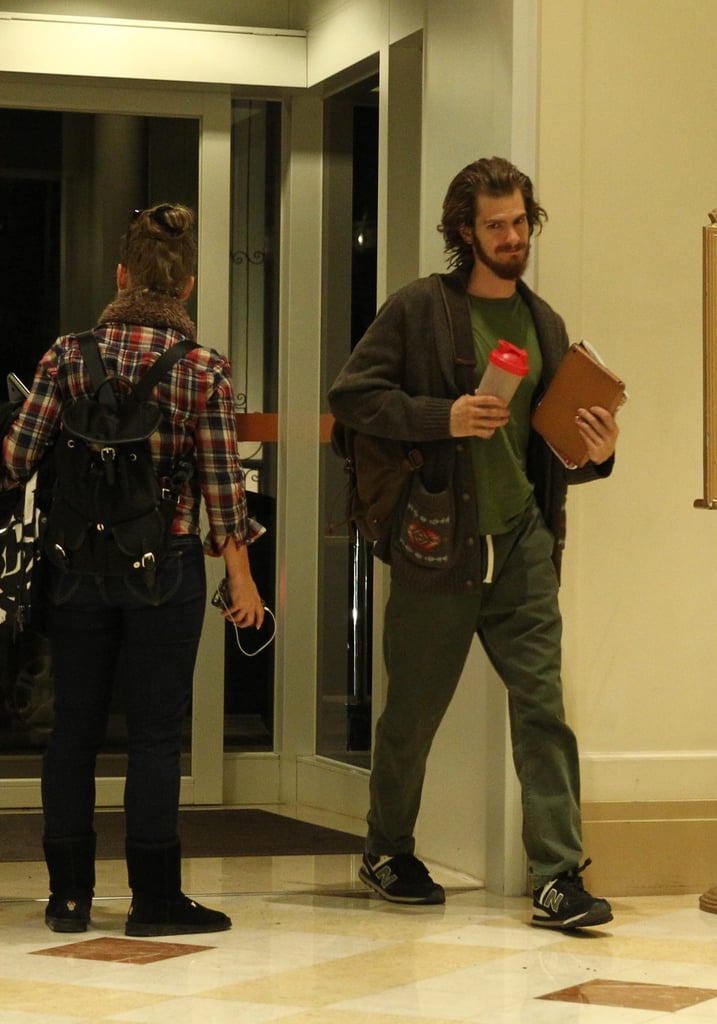 Andrew Garfield Focuses on Work During His Break From Emma Stone

Been wondering where Andrew Garfield has been? Well, here's your answer: he's overseas on the set of his new movie. Andrew emerged in Taiwan last week, heading to the set of Silence, which is directed by Martin Scorsese. In the film, Andrew plays a Jesuit priest (who apparently has a lot of hair.) Andrew's busy schedule has kept him away from Emma Stone for the past few months and was credited as one of the reasons why the two are currently taking a break from their relationship. While Andrew has been staying focused on work, Emma has been enjoying a bit of time off after award season, even hitting up Disneyland with her brother before she gets back to the grind.