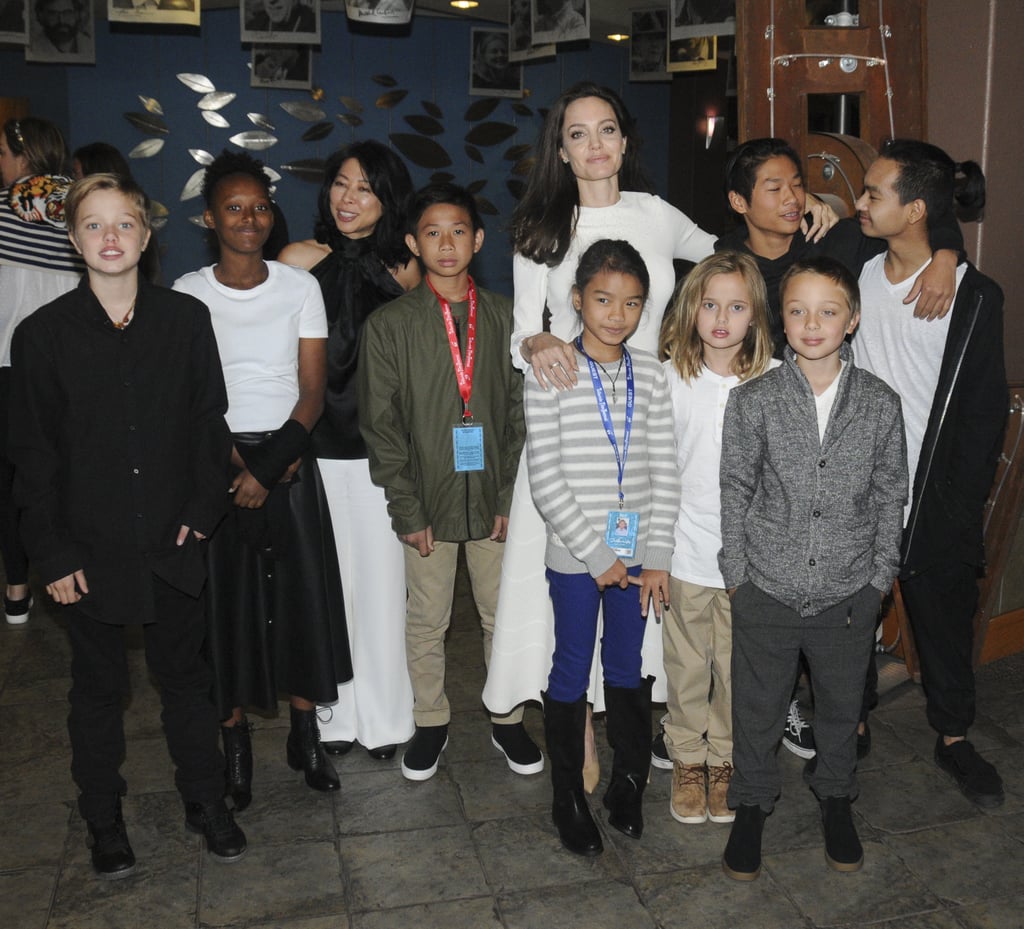 Angelina Jolie turned Colorado's Telluride Film Festival into a family affair when she stepped out with all six of her kids on Saturday. The actress brought along Maddox, 16, Pax, 13, Zahara, 12, Shiloh, 11, and twins Vivienne and Knox, 9, to celebrate the premiere of her and Maddox's new movie, First They Killed My Father. Maddox served as an executive producer on the film, while Pax also assisted as an on-set photographer. Dressed in all white, Angelina was all smiles as she posed for photos with the cast and chatted with fellow actor Gary Oldman.

The film, which debuts on Netflix on Sept. 15, holds special meaning for Angelina and Maddox, as the actress adopted Maddox from Cambodia in 2002. Back in February, the brood attended the Cambodian premiere of the film and Maddox gave a speech to the audience, saying, "We finally made it. It's a great honor to present this film to all of you, and to stand by my mother and my family." We still can't get over how grown up all the kids are now.