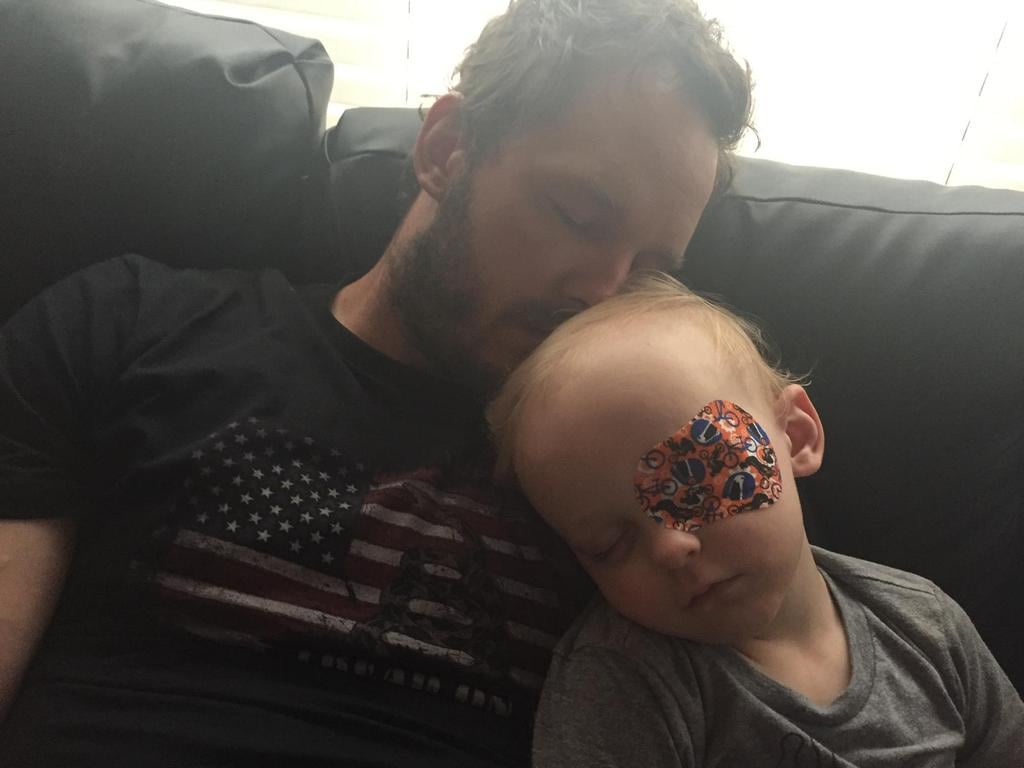 Anna Faris posted a photo of her "sweet, brave men," Chris Pratt and son Jack, on Tuesday. The actress took to Twitter to share a picture of Chris and Jack leaning their heads on each other, with Jack wearing an eyepatch. Anna wrote, "My sweet brave men need to rest sometimes and also wear eyepatches for two hours everyday." While she didn't share details about why their son needed to wear the patch, Anna did mention an eye surgery for Jack earlier this year. It took place in January, which is why Chris didn't attend the People's Choice Awards when Anna served as host. Take a look at more of Chris and Anna's sweet family photos, then see the couple's cutest red carpet moments ever.

Celebrity Families
Everything We Know About Emma Roberts and Garrett Hedlund's Baby Son, Rhodes
by Alessia Santoro 4 days ago

Baby Names
Emma Roberts Welcomed Her Son Late in 2020, and We Love His Unique Name
by Alessia Santoro 4 days ago