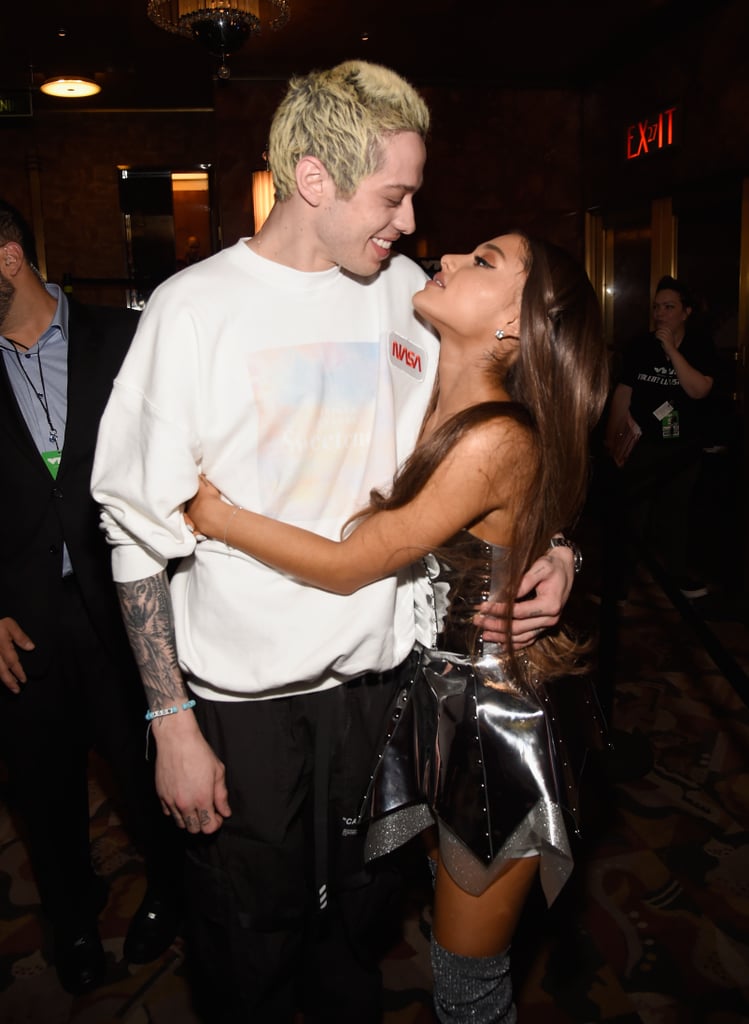 Ariana Grande and Pete Davidson finally made their first joint public appearance since getting engaged at the MTV VMAs in NYC on Monday night. Pete kept things cool in jeans and a sweatshirt, while Ariana looked gorgeous in a silver metallic number and nearly blinded us with her giant diamond ring. The pair played up their romance as they hugged and exchanged heart eyes on the red carpet, and Pete even wore a bracelet that had the letters "AGD," which likely stand for Ariana Grande Davidson. Aw!

Ariana delivered an incredible performance of her latest hit, "God Is a Woman," and took home an award for best pop video for "No More Tears to Cry." Ariana and Pete got engaged back in June after a few weeks of dating, and it's clear they're crazy about each other.

Red Carpet
Who Can Think About Low-Rise Jeans When We Have Vanessa Hudgens's Jaw-Dropping Hip Cutouts?
by Sarah Wasilak 6 hours ago