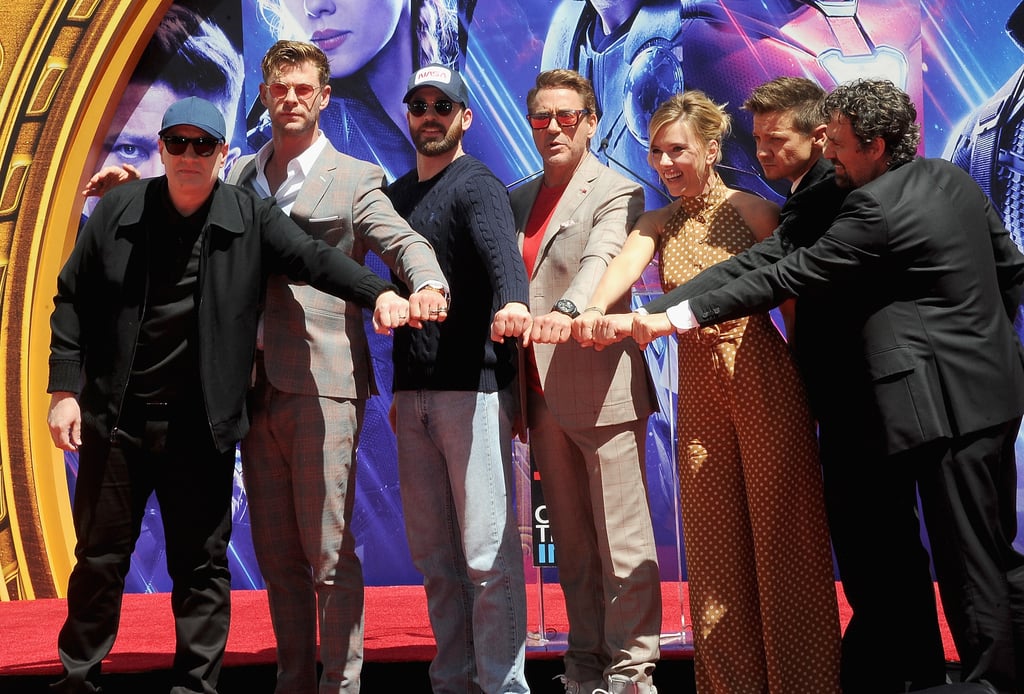 The end is near, folks! Avengers: Endgame hits theaters later this week, and for some of the stars, it could be their last hurrah as a Marvel superhero. Ahead of the film's release, the cast have been making a handful of cute appearances together. In addition to attending a press conference — where they honored the victims of Thanos's snap with empty chairs — the entire cast reunited for the world premiere in LA. As you get yourself ready for the emotional film, take a peek at some of the cutest moments between the cast during the press tour.

Related:
Before We Dive Into Avengers: Endgame, Here's a List of Where We Last Saw All the Avengers
Previous Next Start Slideshow
Celebrity InstagramsRed CarpetThe AvengersAvengers Endgame