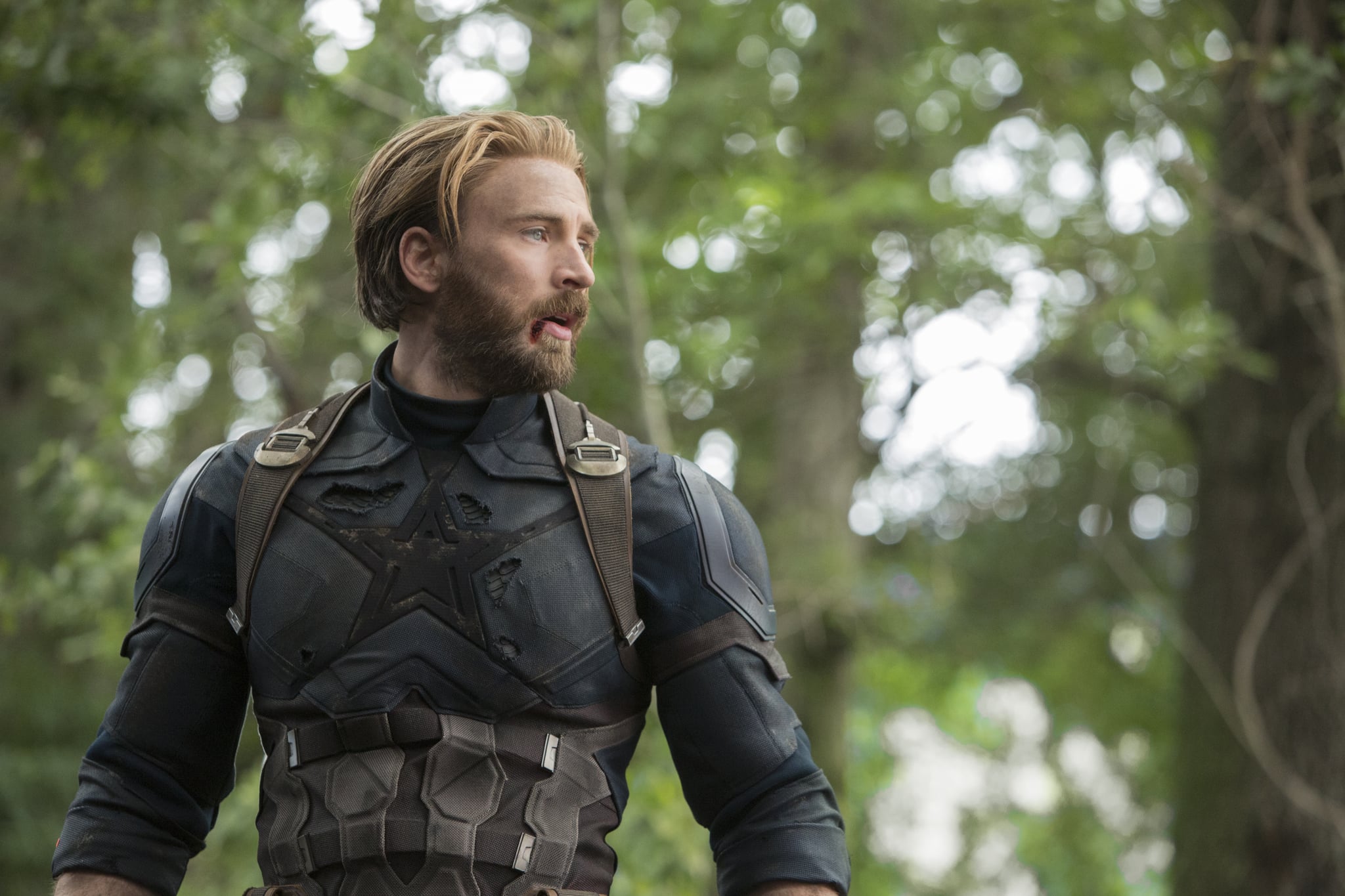 All heck breaks loose at the end of Avengers: Infinity War, but we're even more worried about what will come next for the heroes. Over the years, we've grown attached to certain characters and the actors who play them, and yet Marvel doesn't seem to have any real allegiance. In fact, it can, and will, kill off anyone at any time, which is why we're sort of freaking out over Chris Evans's future and Captain America's fate.

After watching Avengers: Infinity War — if you haven't seen it yet, stop reading this immediately! — we were pleasantly surprised at the fact that Captain America is still with us. Don't get us wrong, we're heartbroken that half of the Avengers disintegrate at the end of the epic battle scene, but Captain America is alive and that's a good thing.

The bad news is that we're not exactly confident that he's going to stay that way. After the final scene from Infinity War, only the main Avengers and few stragglers — Captain America, Thor, Hulk, Iron Man, War Machine, Black Widow, and a few Guardians of the Galaxy heroes — are left. Where on earth do the rest of the good guys go? Has Thanos actually killed them, or are they just lost in another place? We're hoping for the latter.

In regard to Captain America, there have been rumors floating around that since Chris's contract with Marvel is up after Avengers 4, which is the next film from the Avengers, that even though he has made it through this battle, he won't make it through the next. This is a major issue, because if they do kill him off, is there any real way to bring him back?

It's a fictional comic book world, so technically they can do anything they want, but it seems unlikely that he'll be picking up that shield once more . . . after Avengers 4, that is.

"You want to get off the train before they push you off," Chris told The New York Times when talking about the likelihood of him reprising his role in the future, which again is bad news for fans.

What's more likely is that Captain America will sacrifice himself for the greater good and go out the ultimate hero. Since many of his team perishes at the hands of Thanos — or at least disappears — you know he's going to be even more willing to take one for the team to get justice and stop evil. Even though we know it seems like this will be his destiny, losing Chris and his hunky Captain America alter ego is going to be a hard pill to swallow.