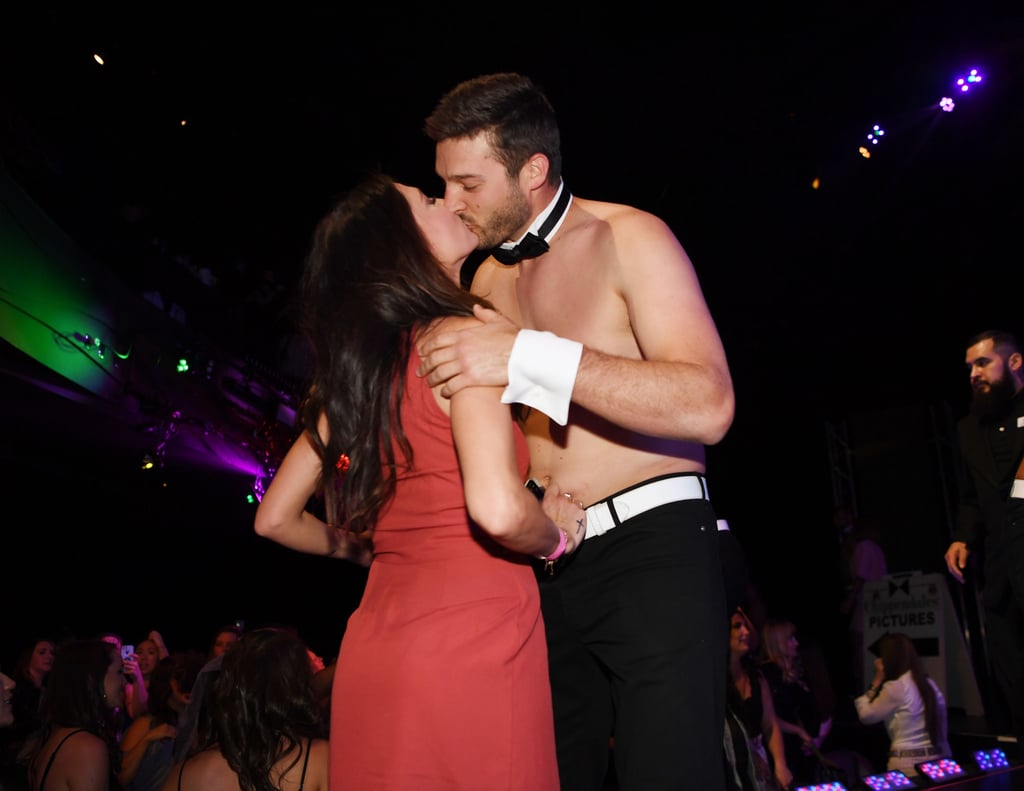 It seems Garrett Yrigoyen has picked up a new gig since appearing on The Bachelorette. Garrett recently surprised his fiancée Becca Kufrin during a recent trip to Las Vegas, which included the obligatory visit to Chippendales. Becca was enjoying the show with friends — including fellow Bachelor contestants Tia Booth and Caroline Lunny — when Garrett appeared onstage and proceeded to give her a lap dance. Yep, he really committed to the whole charade.

"Garrett is now accepting inquiries to perform at bachelorette parties," Becca wrote on Instagram. She added, "Just kidding, only for mine." As for a bachelorette party of her own, it seems Becca and Garett aren't rushing to get married following their televised engagement nearly a year ago. In a December 2018 interview with People, Becca said, "We have some ideas of things that we would want, but nothing — no dates, no venues, or anything yet. We'll give it some time. One thing at a time."

In the meantime, Becca and Garett are clearly living it up. See pictures from their wild Vegas appearance ahead.