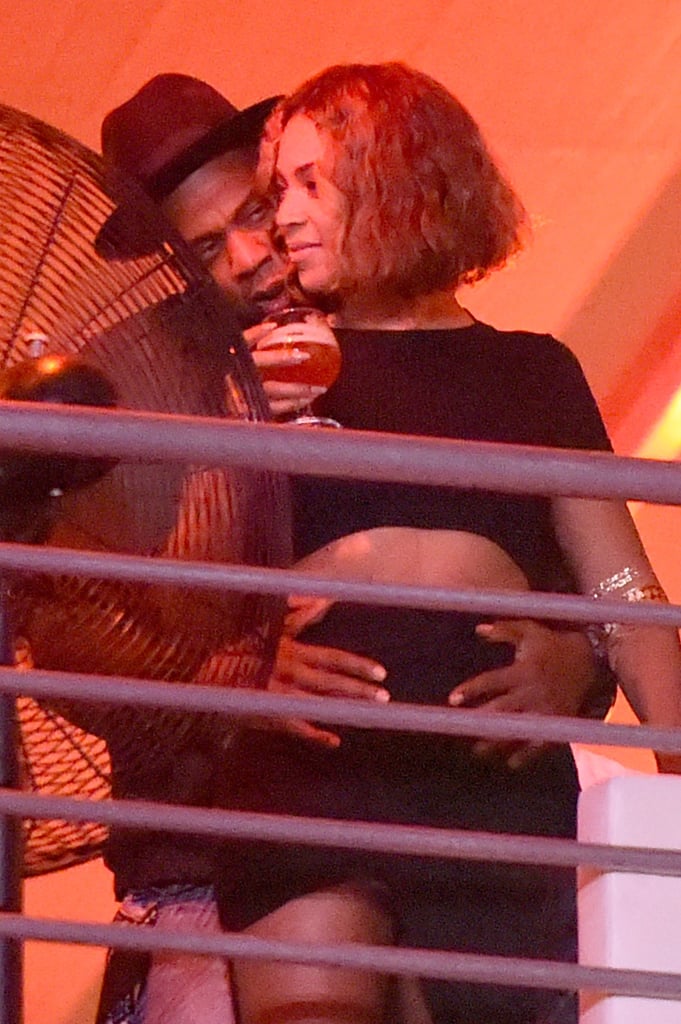 Beyoncé and Jay Z were all kisses and cuddles while attending the Made in America Festival in LA on Sunday. The couple, who have been at the center of divorce rumors all Summer long, seemed to put an end to any relationship drama as they stayed close while watching the performances. They were smiling and laughing in the stands, and Beyoncé sipped a drink as Jay had his arms around her waist. The annual music festival, which was founded by Jay Z in 2012, debuted its first dual weekend in Philadelphia, PA, and LA and featured sets by John Mayer, Pharrell Williams, and Kanye West, who had the support of his wife, Kim Kardashian, on the East Coast.

In addition to their sweet PDA at the festival, Beyoncé and Jay Z also made headlines when they took the stage together — with their 2-year-old daughter, Blue Ivy — at the MTV VMAs last week. After performing a 15-minute medley of her visual album, Beyoncé was presented with the Michael Jackson Video Vanguard Award by her family, resulting in one of the cutest award show moments in recent memory. They'll soon be heading overseas to continue their On the Run tour with two shows in Paris, but for now, keep reading to see Beyoncé and Jay Z getting close at the Made in America Festival.