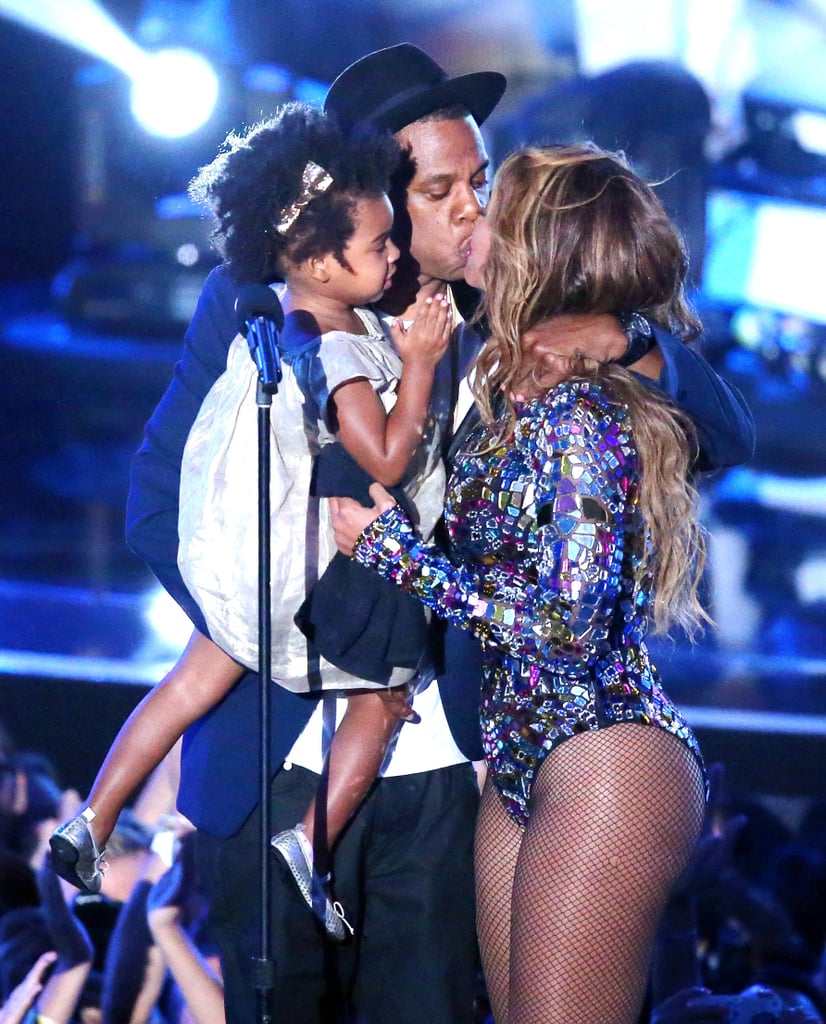 Beyoncé had a big night at the MTV Video Music Awards since she was honored with the Michael Jackson Video Vanguard Award and also picked up three additional wins. She owned the stage performing a medley of hit songs while Jay Z watched from the audience with Blue Ivy on his lap. Blue nearly stole the show with her sweet dance moves, but we couldn't help but keep our eyes on Jay's facial expressions as he watched his wife perform given all the recent rumors claiming they are headed for divorce. Things got even more confusing when Jay and Blue took the stage to present Bey with the Vanguard Award and the whole trio hugged and shared kisses. One peck in particular is getting plenty of attention, since it appears they are both more interested in Blue than each other. Take a look at the photos, videos, and GIFs below and decide for yourself.

Kanye West
According to Julia Fox, Juliye Is In
by Naledi Ushe 16 hours ago