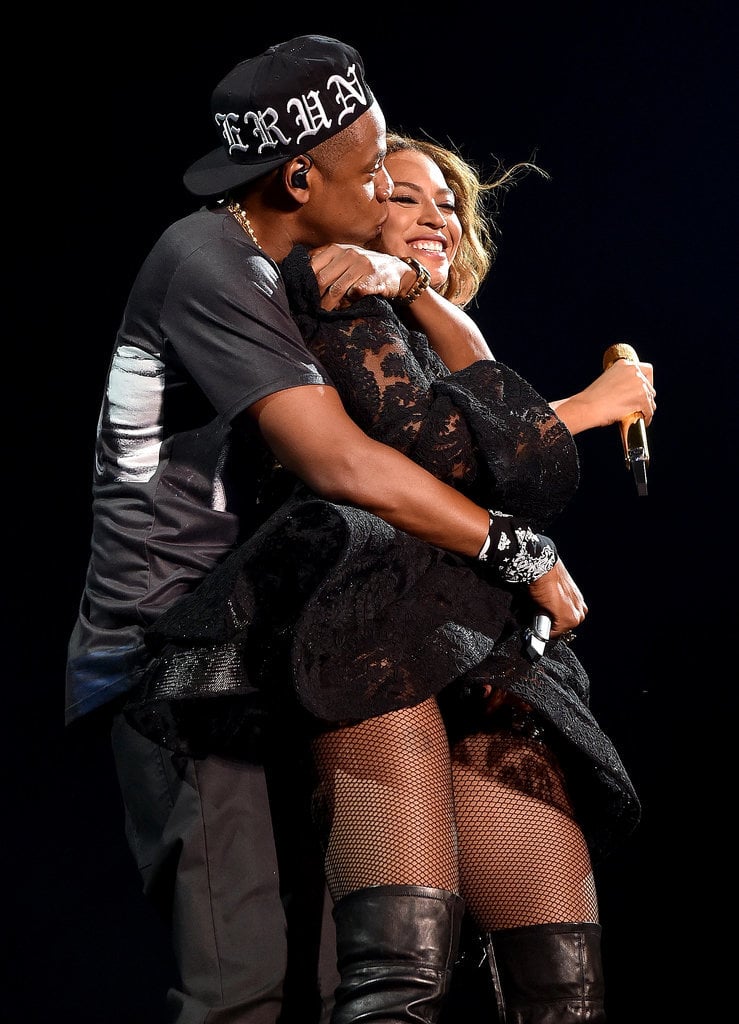 Do You Still Think Beyoncé and Jay Z Are Heading For a Breakup?

Persistent rumors of a split between Beyoncé and Jay Z have been gaining steam since earlier this year and over the Summer, things reached a fever pitch. What seemingly started with an unfortunate family fight in an elevator has quickly progressed into reports of separate hotels, traveling lawyers, and a possible divorce — all while photos of the couple during their On the Run tour have shown them looking sweet and loving on stage (and don't even get us started on that heartfelt family moment at the MTV VMAs). So because we're slightly confused, a bit fearful, and really just trying to make sense of it all, we've put together a timeline of all the Jay Z and Beyoncé drama this year, including the split rumors that have surfaced over the past few weeks.

Ciara
Ciara Serenading Russell Wilson For His 33rd Birthday Is the Sweetest Thing!
by Princess Gabbara 19 hours ago

Celebrity Couples
Is Giveon Single? Here's the Status of the "Heartbreak Anniversary" Singer's Dating Life
by Alicia Geigel 21 hours ago

by Princess Gabbara 46 minutes ago