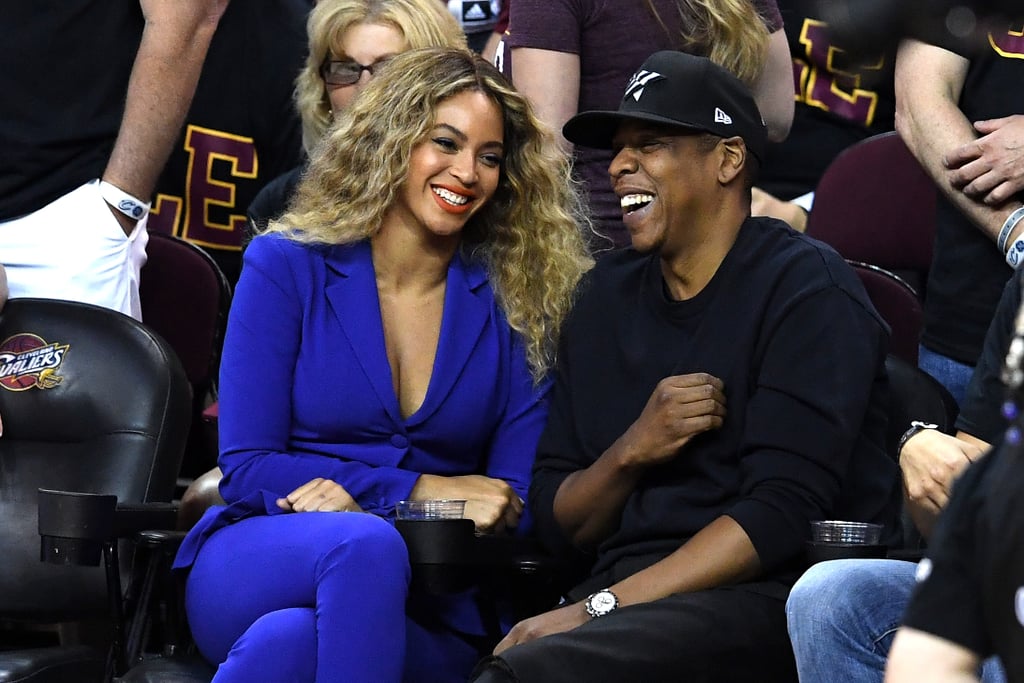 If you thought the most OMG moment of game six of the NBA Finals between the Cleveland Cavaliers and the Golden State Warriors was LeBron James's insane 41 points, you'd be wrong. That honor actually belongs to Jay Z and Beyoncé, who looked like they were having the time of their lives as they sat courtside. The couple — who flew into Ohio a few days after their sunny stroll through NYC — were laughing nonstop (no, seriously — Beyoncé almost slapped her knee at one point) as they watched the Cavs take the victory. Despite the hubbub surrounding their relationship that erupted after Bey released Lemonade, she and Jay have been squeezing in tons of quality time together in between the "Halo" singer's tour stops, from attending the CFDA Awards to going on some supersweet date nights. See more photos from their latest outing below!

Celebrity News
Chrishell Stause Calls Out PCAs For Not Allowing Her to Bring G Flip: "I Was Fighting to Get Them In"
by Njera Perkins 19 hours ago

The Royals
Prince Harry Jokes About His and Meghan Markle's NYC "Date Night": "We Don't Get Out Much"
by Noelle Devoe 20 hours ago