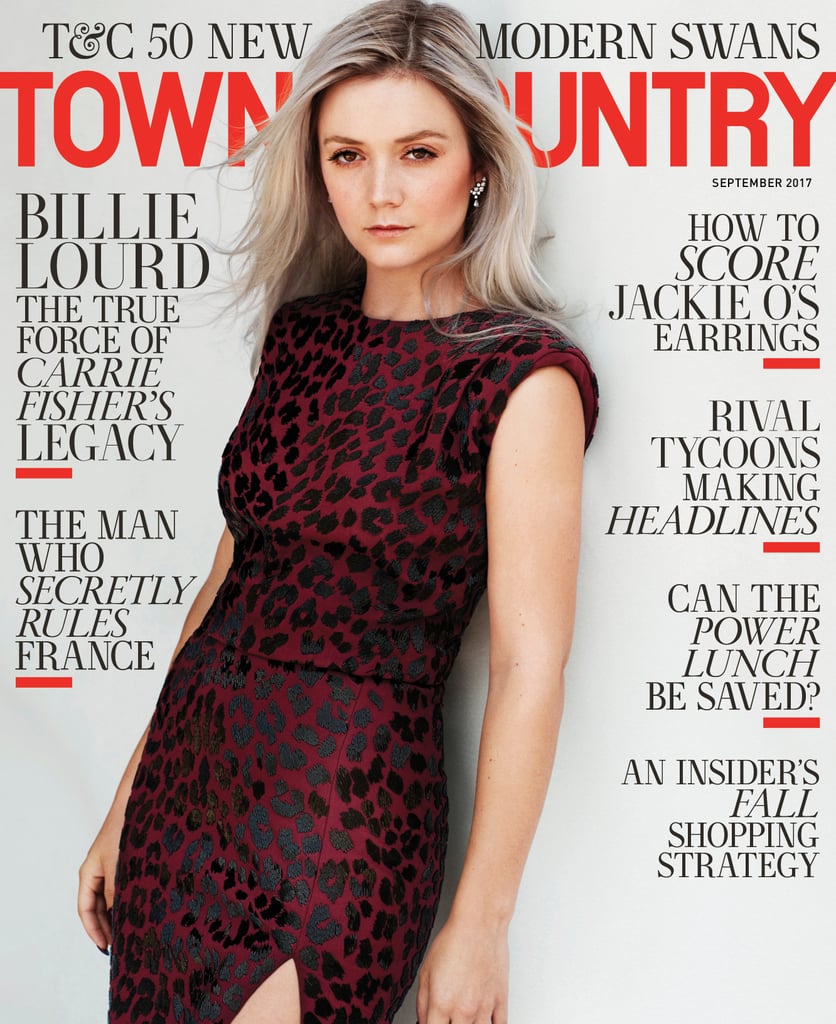 Billie Lourd on Healing After Her Mother's Death: "Now I Get to Be Just Billie"

Billie Lourd is making a name for herself in Hollywood with her roles in Scream Queens and the upcoming season of American Horror Story, but she knows she has some big shoes to fill. Following the tragic losses of her mother, Carrie Fisher, and grandmother Debbie Reynolds, the actress is trying her best to carry on their legacies and ultimately make one of her own. In her first interview since their deaths, Billie opened up to Town & Country in its September issue about fame, mental illness, and how for the first time, she feels like she can finally be herself. See her best quotes ahead.

Jessica Alba
Jessica Alba on Her New Conscious Cleaning Line, Working From Home, and Her 2021 Vision
by Macy Cate Williams 21 hours ago