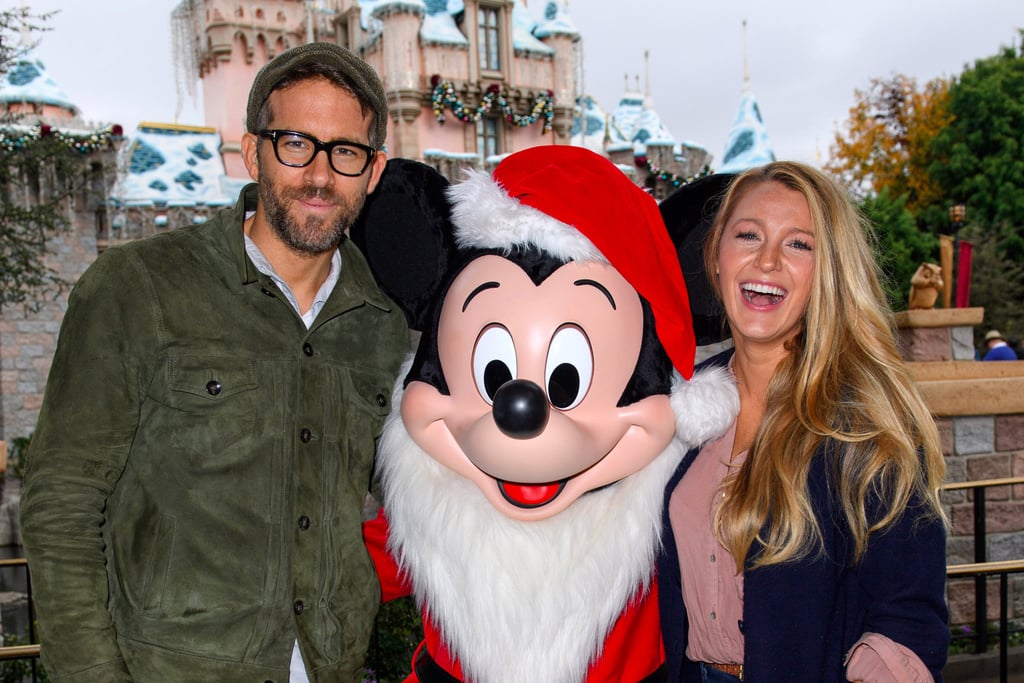 On Friday, Blake Lively and Ryan Reynolds made a pit stop at the happiest place on earth! The couple got into the holiday spirit at Disneyland, where they of course took a picture with a Santa-clad Mickey Mouse. The outing rounds out an exciting week in LA; after Ryan won big at Sunday night's Critics' Choice Awards — where he dedicated his win to two fans who died of cancer and gushed about Blake backstage — the whole family emerged in full force for Ryan's star ceremony at the Hollywood Walk of Fame on Thursday. Although the pair's baby girls didn't show up in the new pictures with Mickey, we have a strong feeling they were there to soak up some fairy-tale magic in the park. Check out the sweet pictures ahead.