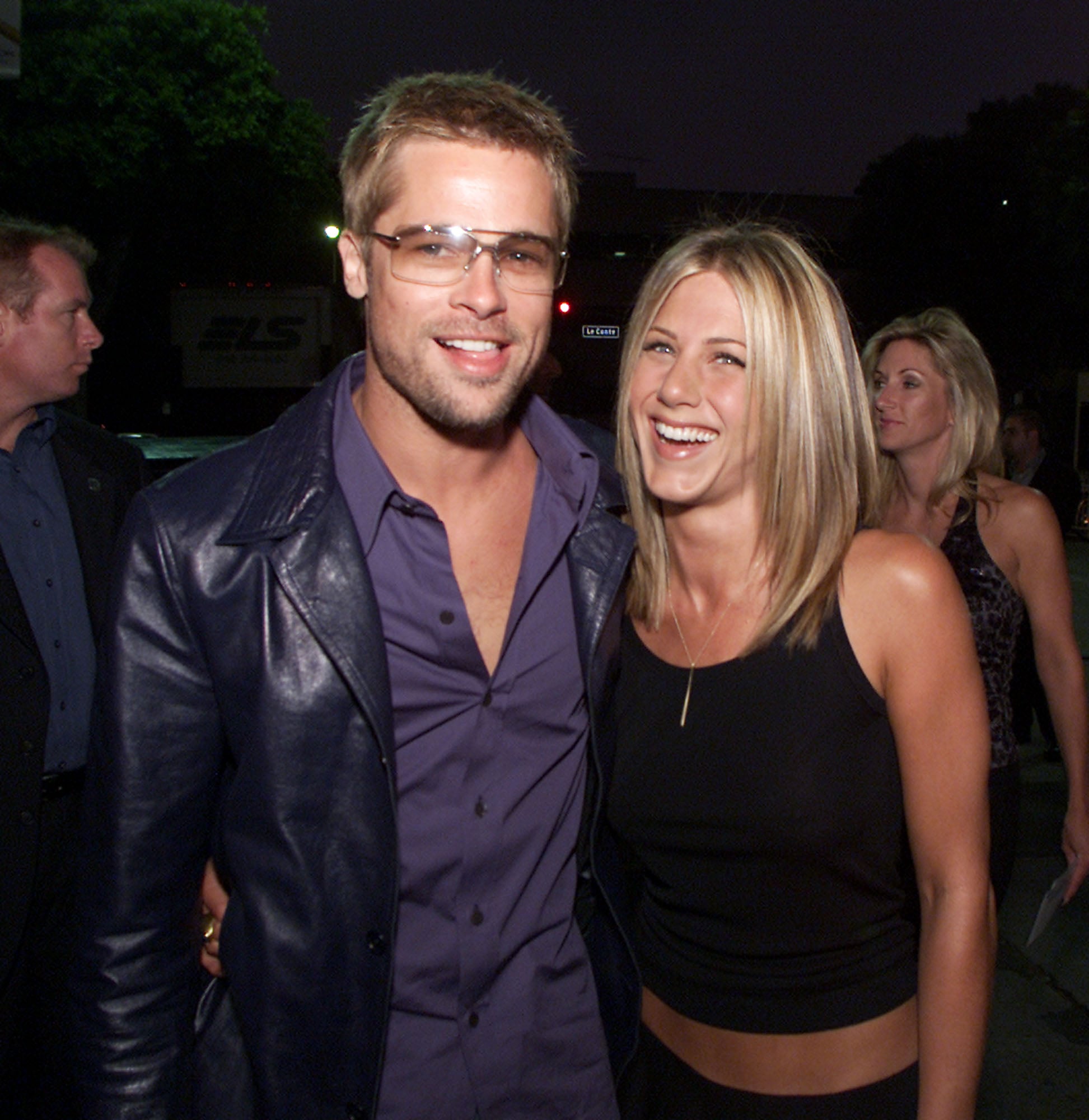 Early 2000s golden couple Brad Pitt and Jennifer Aniston shocked the world in 2005 when they announced they were getting divorced, and rumors soon spread that he'd cheated on her with his Mr. and Mrs. Smith costar Angelina Jolie. Now, Jennifer is happily married to husband Justin Theroux, but Brad is going through a tumultuous divorce with Angelina. Of all the people to reach out to in Hollywood about his marital woes, Jen would seem like the last person he'd want to talk to given their past, but Us Weekly is reporting that Brad has turned to the Mother's Day actress for support, and has "been texting" her about his split.

The Allied star apparently tracked down Jen's phone number through "a tangled web" of contacts in order to reach out to her on her 48th birthday in early February. "They started talking once he wished her a happy birthday," the source said, further explaining that Brad has "confided in Jen" and "told her he's having a hard time with his split." His olive branch has supposedly led to them "exchanging a few texts reminiscing about the past." The insider also noted that "Justin is OK with them being friends," because he knows "Jen just wants to be nice." Serious question: is this enough to nominate Jennifer Aniston for sainthood?