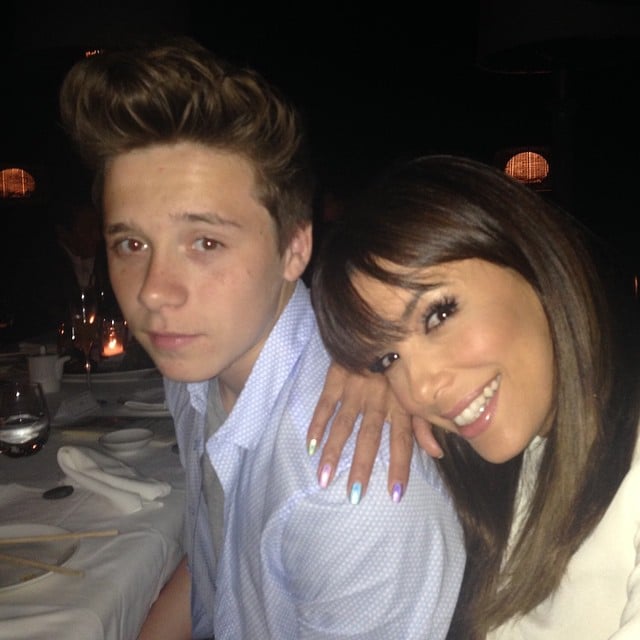 And Dining Out With Her, Too

As the oldest son of David and Victoria Beckham, 17-year-old Brooklyn is already making a name for himself. He's dabbled in modeling, made multiple red carpet appearances, dated actress Chloë Grace Moretz, sat front row at NYFW, and racked up an impressive Instagram following. Over 6 million followers scroll through cute modeling photos, sweet family snaps, and even all his famous friends. OK, so many of them are actually his parents' friends, but Brooklyn doesn't shy away from posting selfies with big names like Kevin Hart, Eva Longoria, and Cara Delevingne. See all of Brooklyn's most well-known pals now!