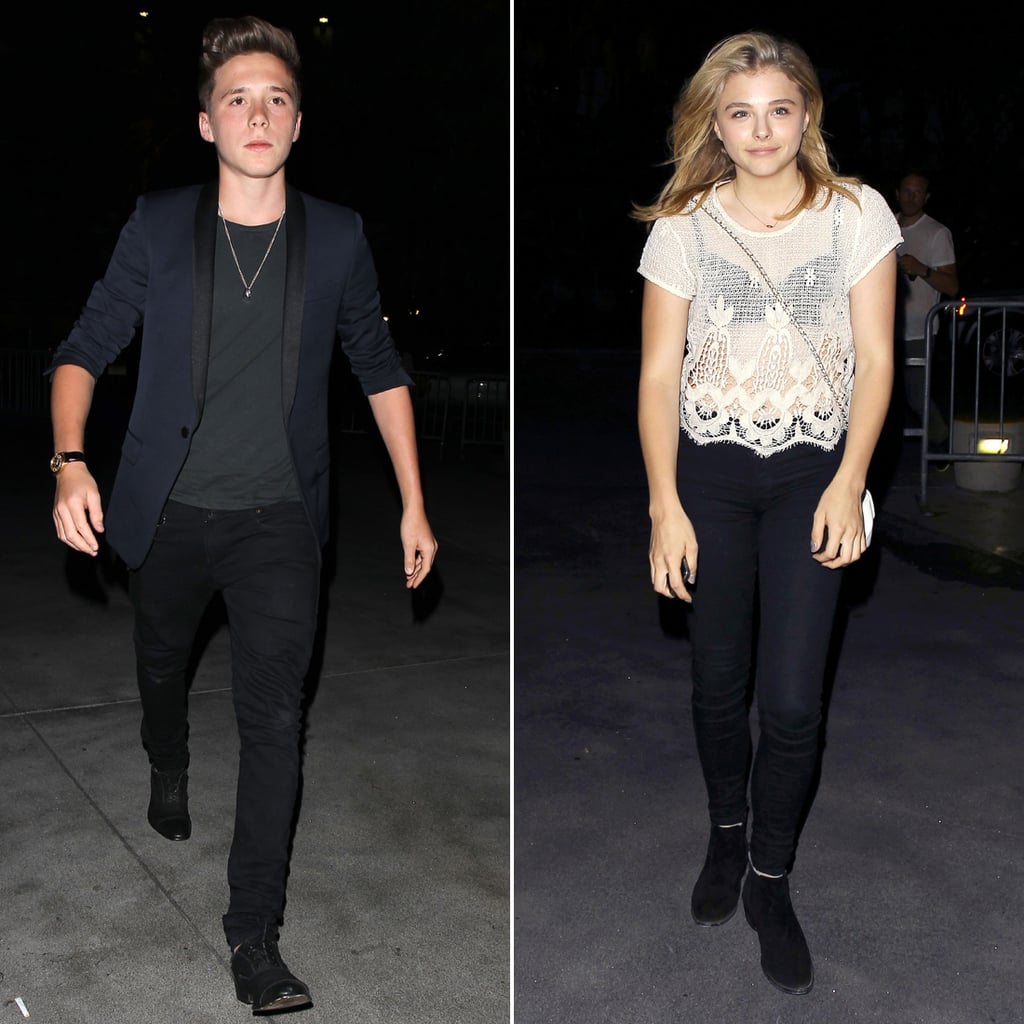 Brooklyn Beckham and Chloë Moretz hit up an Ed Sheeran concert in LA on Wednesday night. The young duo was joined by an older chaperone, who drove the two stars to and from the concert. Once inside, both Chloë and Brooklyn shared videos of the concert on their social media accounts, with Chloë posting two short clips on Instagram and Brooklyn sharing several clips on his Vine account. The rumored couple were reunited after photos surfaced of Chloë holding hands with a male friend who was not Brooklyn. The pictures popped up after Brooklyn attended the actress's Hollywood premiere for If I Stay, although the pair did not pose for photos together. Neither Chloë nor Brooklyn has confirmed their romance, although the actress has opened up about how she is "hanging out" with the son of Victoria and Brooklyn Beckham.