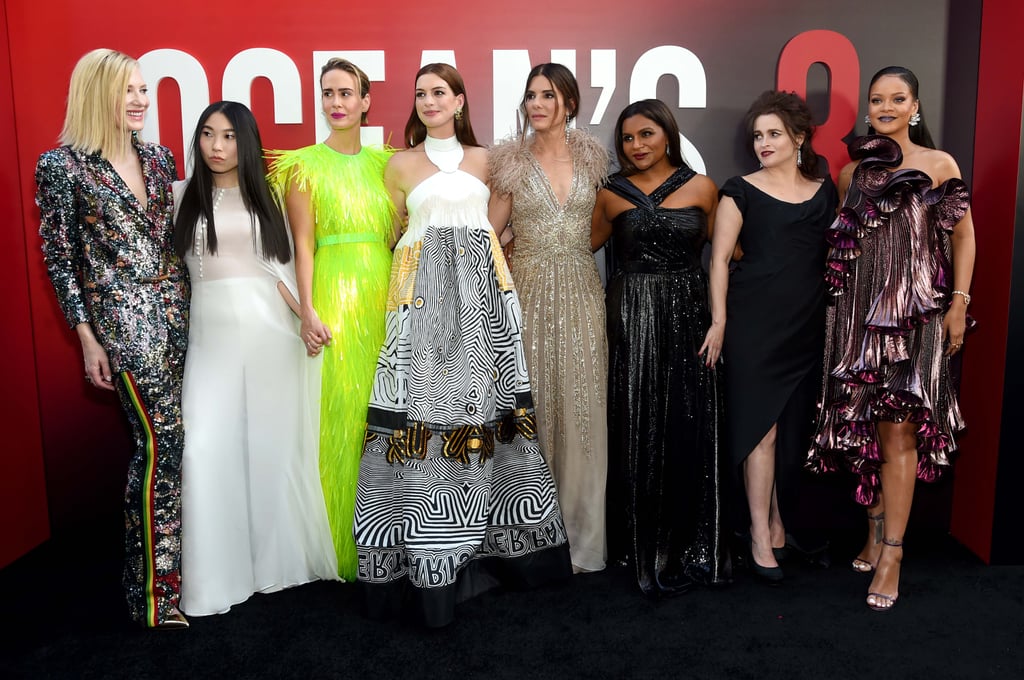 The Cast of Ocean's 8 Looked So Stunning at the Premiere, It Should Be Illegal

The stars hit the red carpet for the Ocean's 8 premiere in New York City on June 5, and wow — they looked stunning! Sandra Bullock, Rihanna, Sarah Paulson, Cate Blanchett, Mindy Kaling, Awkwafina, Helena Bonham Carter, and Anne Hathaway celebrated their new film in style, giggling and holding hands throughout the night. But that's not all! Other celebs made red carpet appearances, too, including James Corden, Gigi Hadid, and Lily Aldridge, just to name a few.

The highly anticipated spinoff follows a powerful all-female crew as they try to pull off the heist of a lifetime at the Met Gala. While their hijinks in the film may be fictional, the cast did have a chance to party at the Met after the premiere. How fun! Be sure to catch Ocean's 8 when it premieres in theaters on June 8.