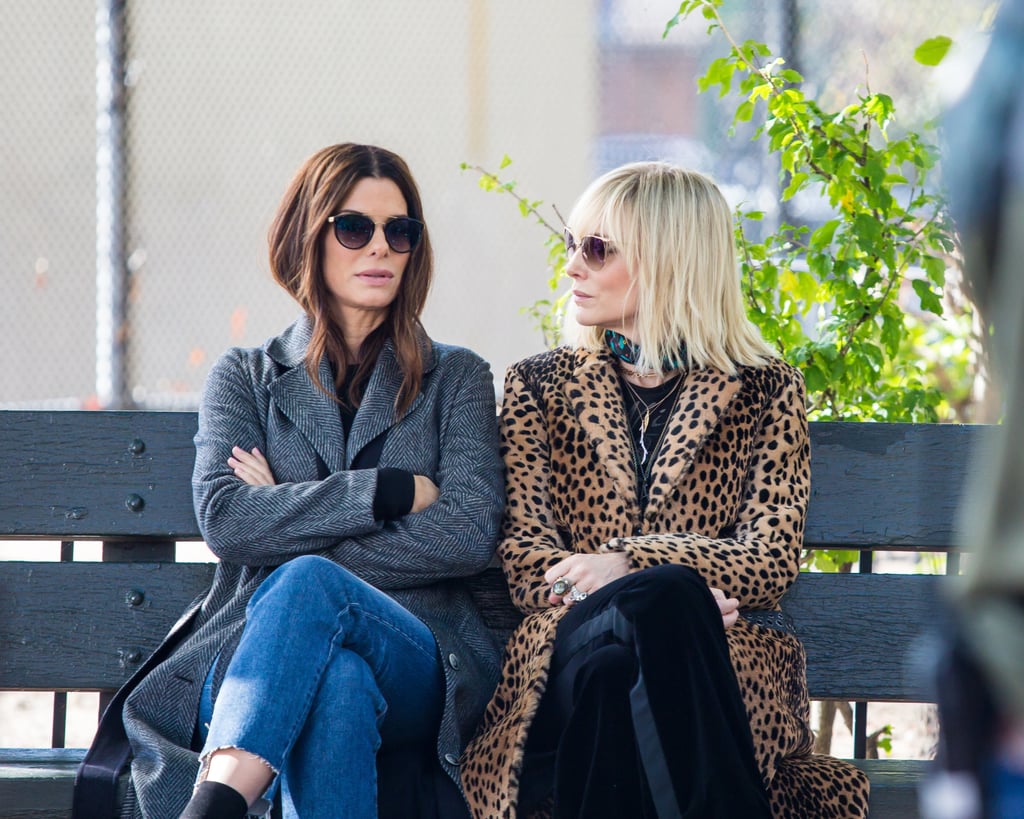 The cast of Ocean's 8 is so good it should be illegal. Hitting theaters June 8, the highly anticipated spinoff follows an all-female ragtag crew as they attempt to pull off a multi-million-dollar heist at the annual Met Gala. Ocean's 8 stars heavy-hitters like Sandra Bullock, Cate Blanchett, Sarah Paulson, Helena Bonham Carter, Anne Hathaway, and Mindy Kaling, in addition to silver-screen newcomers like Rihanna and Awkwafina. Ahead, familiarize yourself with each important character that you get a glimpse of in the film's glam trailers before it arrives in movie theaters.

Related:
Ocean's Eight Is Already Shaping Up to Be the Most Fashionable Film of 2018
Previous Next Start Slideshow
MoviesOcean's 8