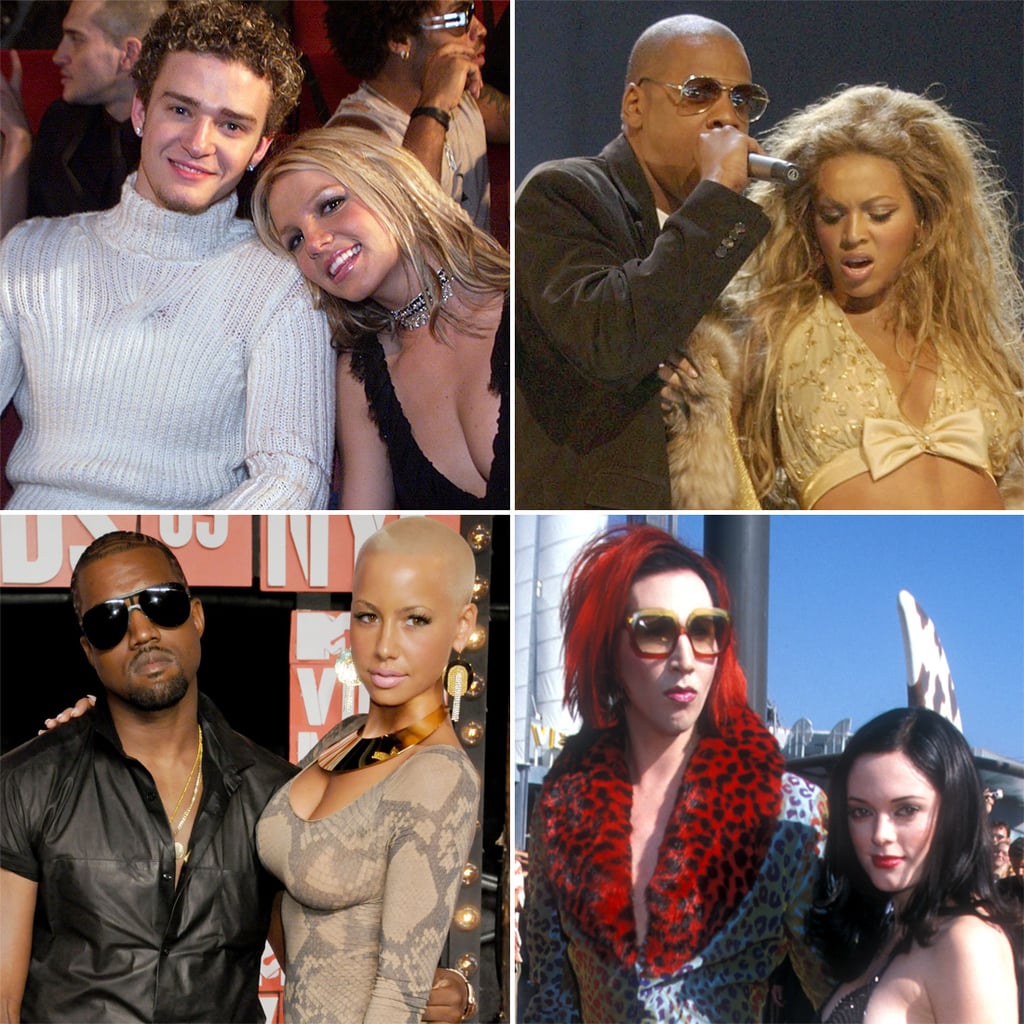 A Sweet, Somewhat Hilarious History of Celebrity Couples at the MTV VMAs

Since the MTV VMAs first aired in 1984, there have been loads of memorable moments on the red carpet, on stage, and everywhere in between. Over the years we've seen Lil' Kim's purple pasty, Britney Spears with a giant snake, and Miley Cyrus's infamous tongue — but there's also a long and storied history of hot celebrity couples attending the big show together. Pairs like Pamela Anderson and Tommy Lee, Jay Z and Beyoncé, and Kanye West and Amber Rose have all shown PDA for the cameras — and who can forget Michael Jackson and Lisa Marie Presley's shocking onstage kiss in 1994? Ahead of this year's ceremony, we've rounded up the sweet, hilarious, slightly mortifying moments from celebrity couples at the VMAs since the '80s. You may have forgotten that some of them were even a thing. Scroll through to see them all now, then check out more famous duos whose relationships lasted longer in your head.