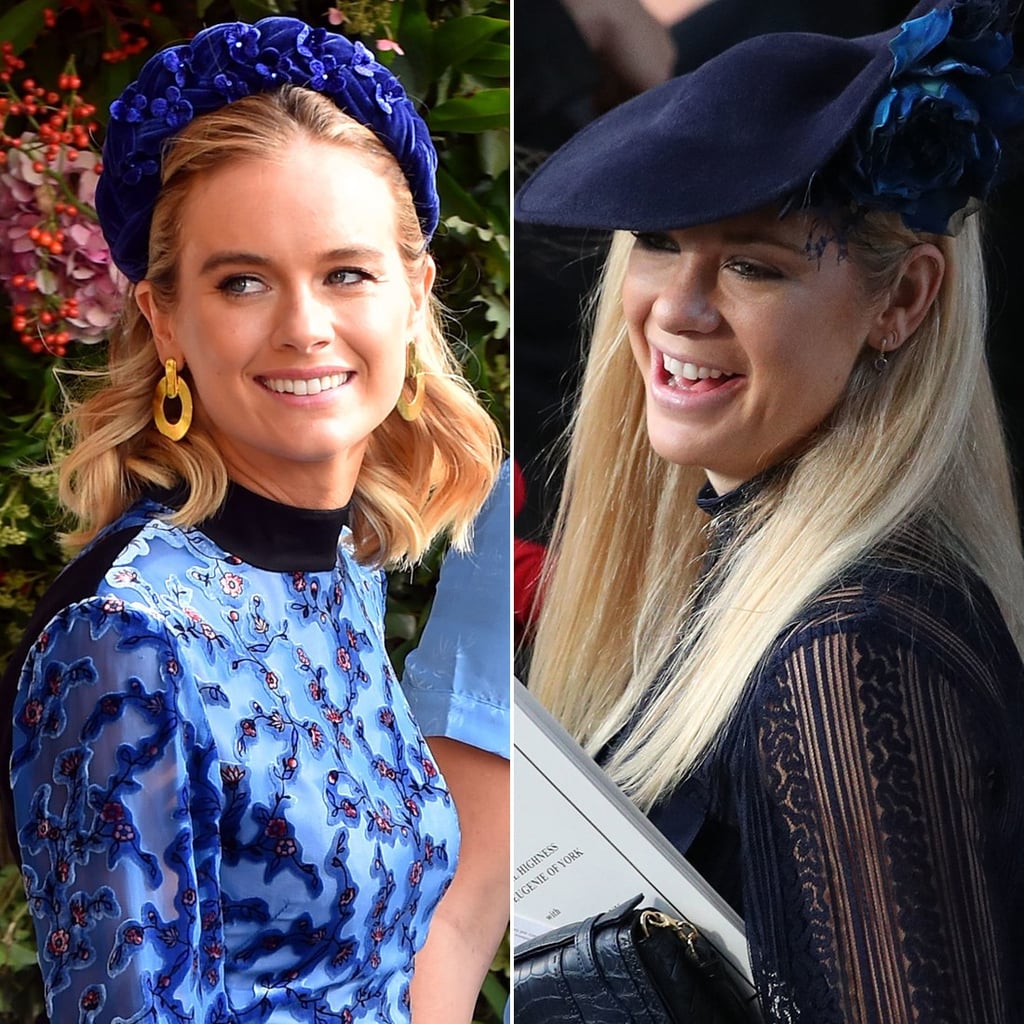 Princess Eugenie and Jack Brooksbank are married! The pair tied the knot in a gorgeous ceremony at Windsor's St. George's Chapel on Friday, and their nuptials were full of sweet moments as well as some potentially awkward run-ins. In addition to Sarah Ferguson and Prince Philip keeping their distance at the ceremony, two of Prince Harry's exes were in attendance: Cressida Bonas and Chelsy Davy. Both Cressida and Chelsy were all smiles as they arrived at the royal affair dressed in blue (coincidentally, Meghan Markle also wore blue). The two ladies are friends of Eugenie's, so it makes sense that they were invited, though it's unclear if they spoke to Harry.

Despite the fact that Cressida and Chelsy are no longer dating Harry, it seems things ended pretty amicably. Not only were both women at Harry and Meghan's wedding back in May, but it's reported that Harry had a "tearful phone call" with Chelsy just days before he got married. "It was their final call, a parting call in which they both acknowledged Harry was moving on," a source told Vanity Fair. "Chelsy was quite emotional about it all; she was in tears and almost didn't go to the wedding."