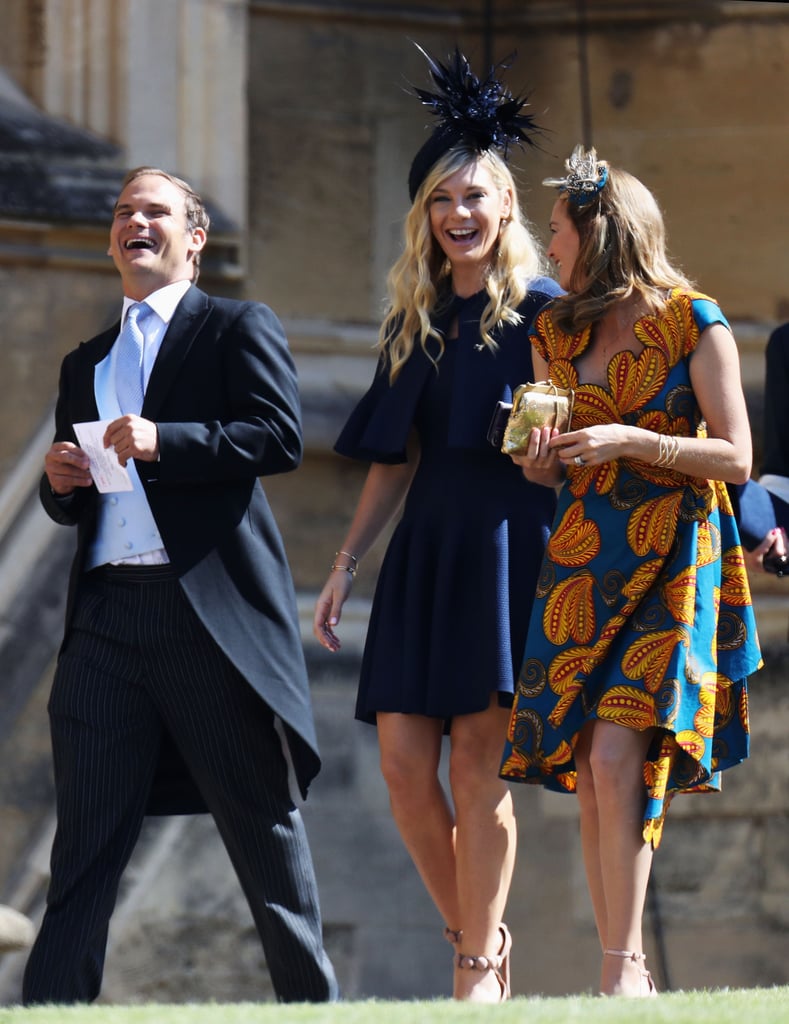 The moment we've all been waiting for is finally here: Prince Harry and Meghan Markle's royal wedding! On Saturday, thousands of people made their way across the pond to watch Harry and Meghan exchange "I dos" at St. George's Chapel at Windsor Castle, and yes, that included Harry's exes. Cressida Bonas and Chelsy Davy appeared to be in good spirits as they arrived, and from the looks of it, there are no hard feelings between them and Harry.

According to Us Weekly, Chelsy and Harry "have remained friends long after ending their relationship and still keep in touch to this day." Chelsy also reportedly "congratulated him the minute the engagement news was announced" and Meghan apparently has "no problem with her being there." Now, just a few more minutes until Harry and Meghan tie the knot!

Related:
These 27 GIFs From the Royal Wedding Are Guaranteed to Turn You Into an Emotional Mess
Previous Next Start Slideshow
The RoyalsRoyal WeddingPrince HarryCelebrity WeddingsRoyal Wedding 2018Cressida BonasChelsy DavyThe British RoyalsWeddingsCelebrity Breakups