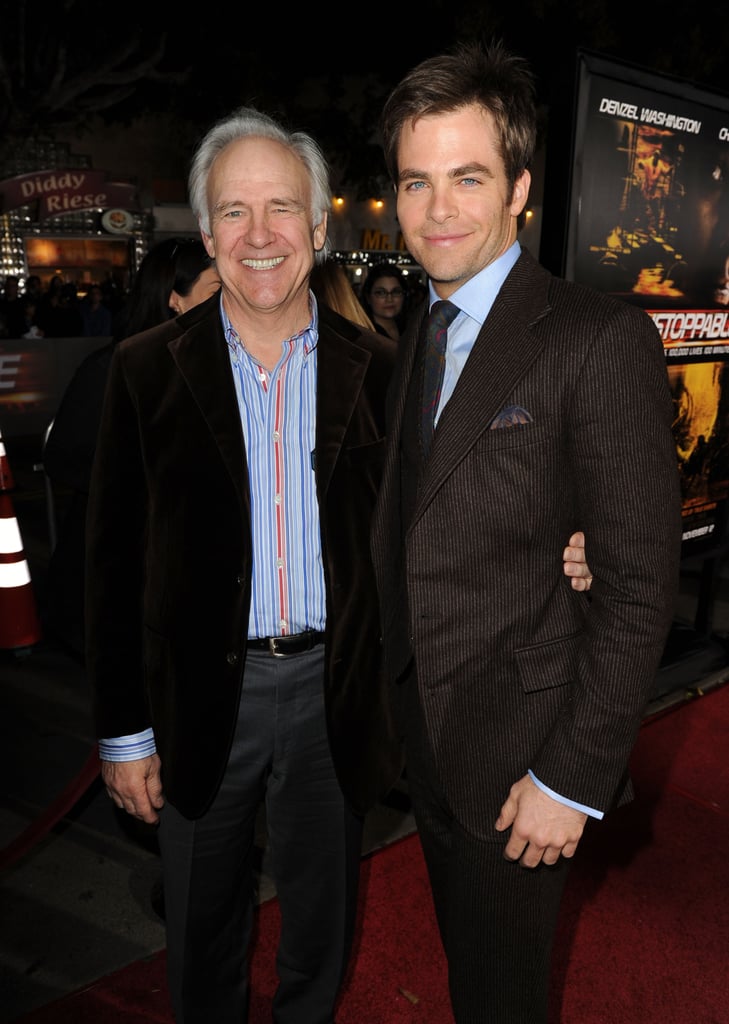 Chris Pine has been making us swoon since he first burst onto the scene in the 2006 romantic comedy Just My Luck, but his very first TV appearance actually happened when he was just 3 years old. In case you weren't aware, Chris's dad is none other than Robert Pine — the actor who famously played Sgt. Joseph Getraer on NBC's CHiPs in the late '70s and early '80s — and in 1983, Chris joined his dad on the show as a boy named Christopher. The two teamed up for an adorable duet of "Hurry, Hurry Climb the Ladder" and melted hearts everywhere. Of course, this isn't the only glimpse we've gotten of their close bond. Robert often steps out to support his son at his movie premieres, and back in May 2014, the veteran actor said he knew "from the very first moment" that Chris would make it big in Hollywood. Aw!