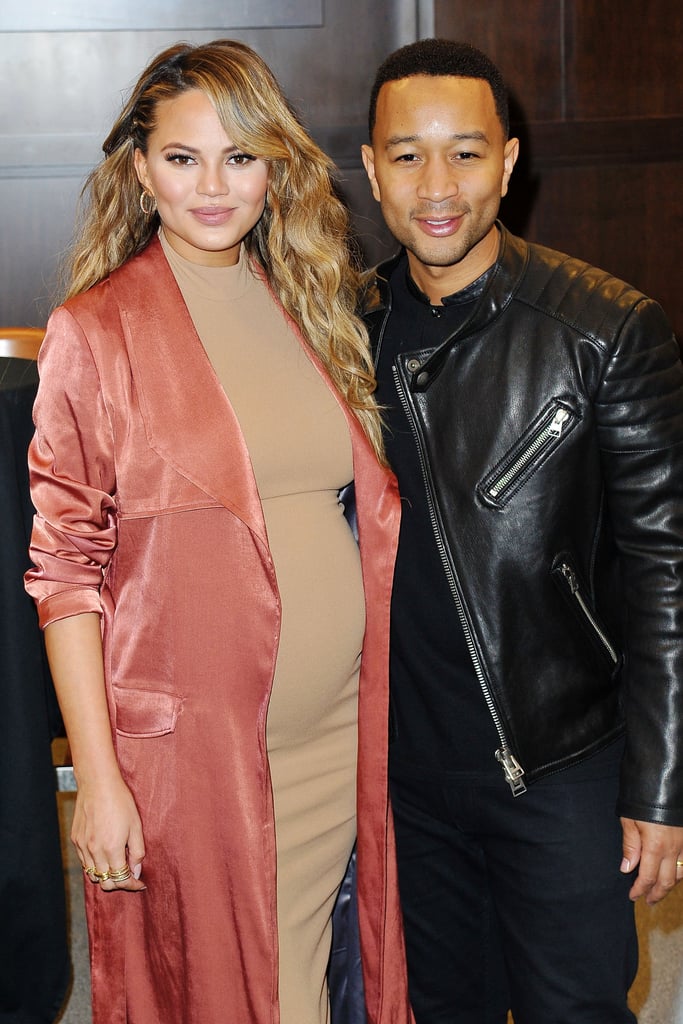 John Legend was on hand to support his pregnant wife, Chrissy Teigen, at her book signing in LA on Tuesday evening. In addition to giving us another peek at her growing belly, Chrissy could barely contain her excitement while signing copies of her new cookbook, Cravings: Recipes For All the Food You Want to Eat, at Barnes & Noble. February has been quite the busy month for Chrissy, who recently returned from Miami after celebrating her sexy spread in Sports Illustrated's Swimsuit Issue. Just last week, she and John poured on the PDA at a pre-Grammys party before making a stunning appearance at the event itself. Read on for more photos of Chrissy and John, and then prepare to LOL with their funniest moments.