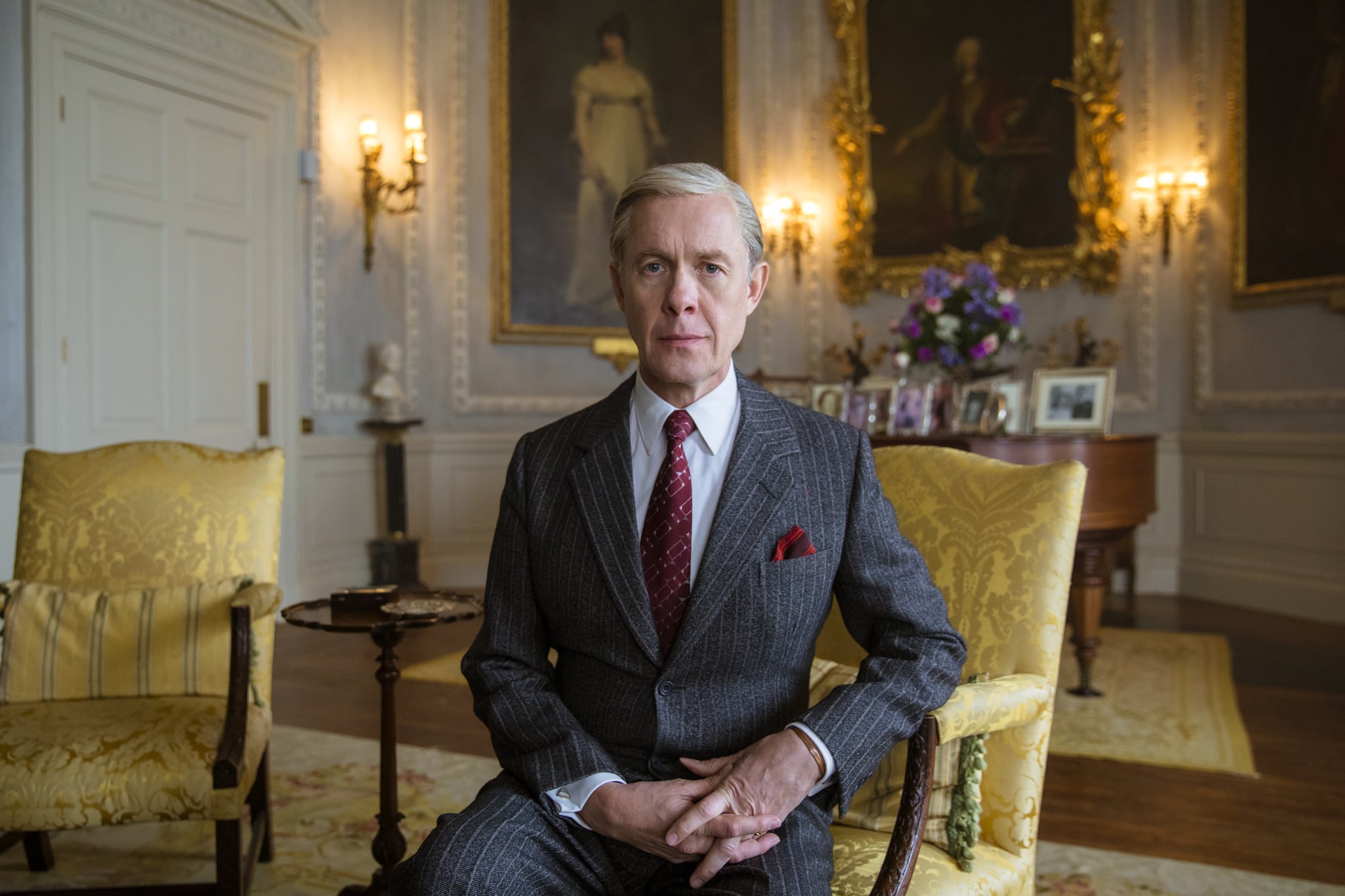 In one of The Crown season two's most shocking episodes, Queen Elizabeth II discovers that her uncle Edward VIII, the Duke of Windsor, is a Nazi sympathizer. When the Marburg files are brought to light, the queen is briefed on her uncle's 1937 visit to Germany, where he and his wife, Wallis Simpson, visited with Hitler in Berchtesgaden. It's shocking news, but Elizabeth is still willing to forgive Edward, until Tommy Lascelles gives her an entire overview of what transpired during and after Edward's visit with Hitler.

Lascelles alleges that Edward was believed to be a threat to Britain and may have been involved in treasonous activities. He goes on to imply that Hitler and Edward worked together on a plot to overthrow Elizabeth's father in order for Edward to once again take the throne, with his wife now recognized as the queen. In return, Hitler would have the full compliance of England. Furthermore, it's suggested that Edward tipped off Hitler that the Allied Forces had obtained Germany's plans, giving the dictator enough time to change course and ultimately take Paris.

Lascelles even tells Elizabeth that her uncle advocated the continued bombing of the British people. After she discovers the dark truth about her uncle, Queen Elizabeth II exiles Edward and his wife from Great Britain permanently. But how much of what transpires in The Crown's "Berchtesgaden" is true, and how much of it relies on fiction for dramatic effect? 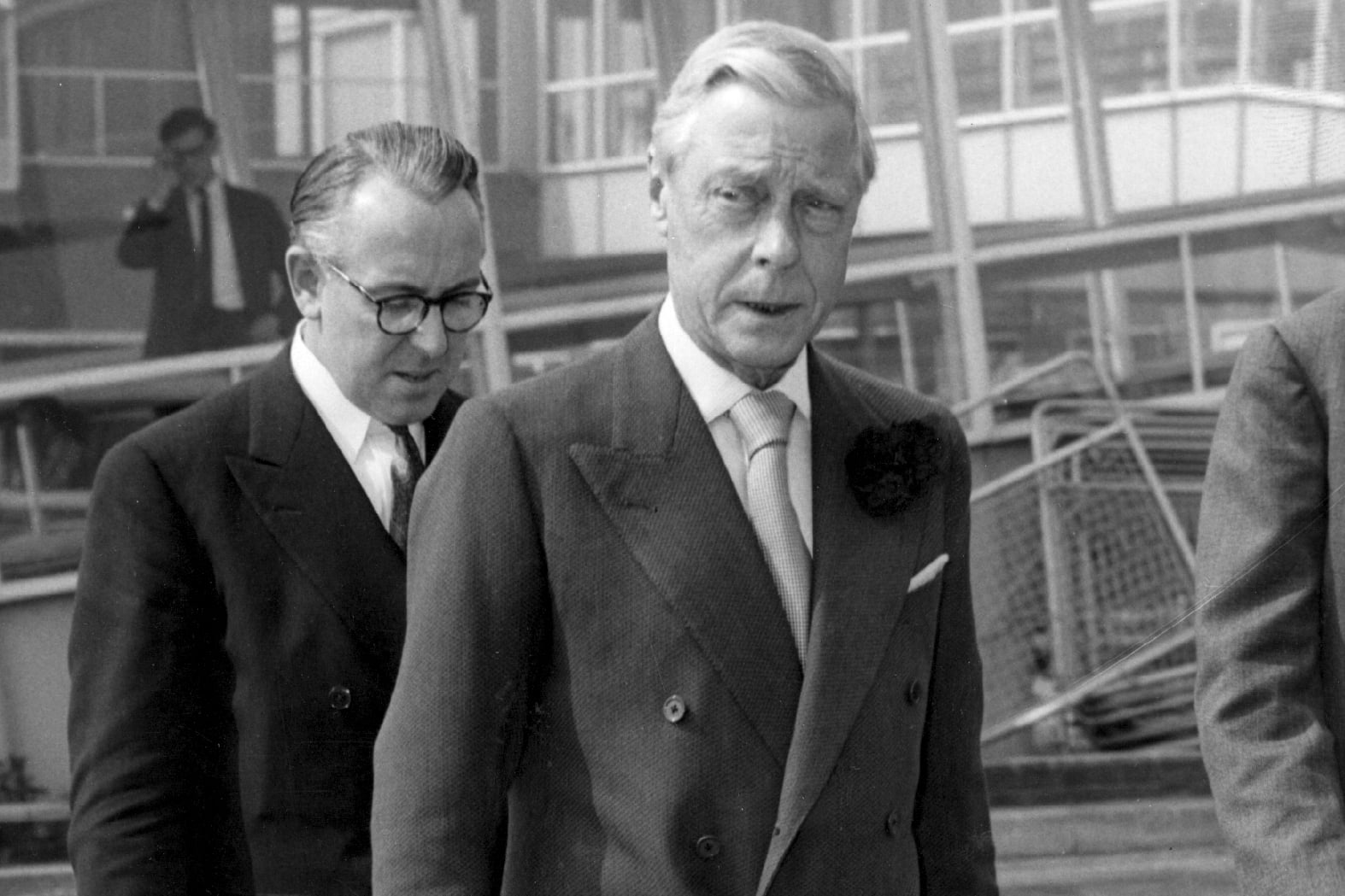 The first thing that you need to know is the Marburg files are real, and they were first uncovered by Americans shortly after the war. The Marburg files were found in Marburg Castle. Among other German documents, there were at least 60 files containing information about Edward and how the Nazis hoped to use him in order to turn the tide of the war. In the '40s, America, the UK, and France all decided it would be best to suppress the files, but they were released in 1957.

Despite that, the full truth about Edward VIII and Simpson's involvement with Hitler remains unknown. A few things simply aren't up for debate: the Duke and Duchess of Windsor did visit Nazi Germany in 1937, and their trip displeased the royal family greatly. Royal historian Carolyn Harris told the BBC that the trip was less about politics than it was about pleasing Simpson. The Duke of Windsor's wife was never treated as royalty in Britain, and she did not receive the title of Her Royal Highness. However, Hitler and his regime treated her as a true royal princess. Royal biographer Andrew Morton said, "In Germany, members of the aristocracy would bow and curtsy towards her, and she was treated with all the dignity and status that the Duke always wanted."

Harris also believes that Edward's secondary goal for visiting Germany was a hope for carving out a role for himself after abdication. Harris said, "There was no precedent for an abdicated sovereign assuming an active public role on behalf of the current sovereign and the Duke of Windsor was frustrated that he appeared to be expected to live a quiet life in exile."

As someone who was neutral about the war, Edward seemingly thought he could play the role of peacekeeper between Germany and Britain. He believed he could be a diplomat of sorts, going between the two countries in hopes of finding a peaceful resolution. Morton told the BBC that while the couple had a "wonderful" time on the trip, upon returning home, they realized they had made a "ghastly" mistake.

Related:
Prince Philip's Childhood Was Even Darker Than What The Crown Reveals

The New York Times reported that despite The Crown suggesting that Edward and Hitler conspired during the trip for Edward to retake the throne from his brother, the plot was actually concocted later by Nazi officials. However, the trip did lead Hitler to believe that Edward could be swayed to his side and that the Duke of Windsor had Nazi sympathies that could be exploited for his cause.

Even more damning, Morton told the BBC of the Duke of Windsor, "But he was certainly sympathetic . . . even after the war he thought Hitler was a good fellow and that he'd done a good job in Germany, and he was also anti-Semitic, before, during and after the war."

Despite there being no historical proof that Edward was actively a part of Hitler's plan to install him as king, the plot itself was real. According to Vanity Fair, Nazi officials came up with the plan to kidnap Edward and use him to take control of England in 1940, three years after his visit with Hitler. Great Britain discovered the plot through intercepted telegrams — some of which included information suggesting that the Duke and Duchess of Windsor were fully aware of the plan — and Winston Churchill negotiated with President Dwight D. Eisenhower to keep the telegrams out of the public eye. They agreed that they were German propaganda, and when they were eventually released in 1957, the Duke of Windsor denounced them as a "complete fabrication."

In 1940, Edward was appointed the governor of the Bahamas to keep him beyond the reach of the enemy, but it's a role that he was not eager to take on. According to NYT, before they were relocated, the Duke and Duchess of Windsor even briefly moved to the neutral territories of Spain and Portugal, "where they were often seen in the company of German agents." Despite everything, the British government never stopped publicly supporting the Duke of Windsor.

While no one can fully know what goes on behind the closed gates of Buckingham Palace, it's safe to say that The Crown added an extra layer of drama to an unsettling true story about Edward VIII's connection to the Nazis.