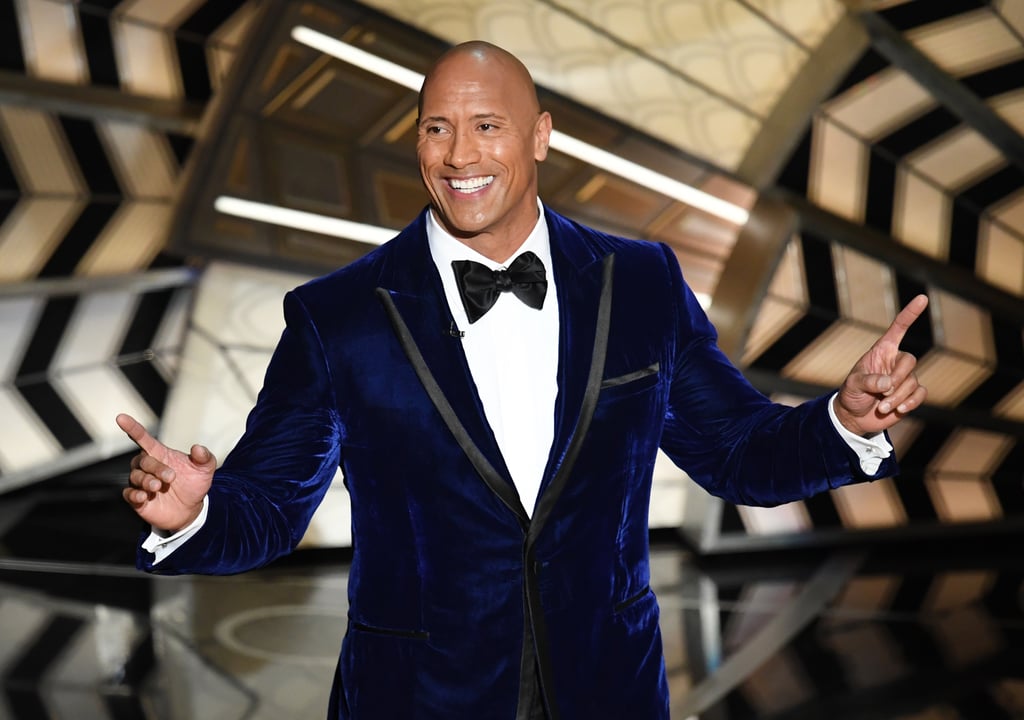 February: He Presented at the Oscars

Dwayne Johnson had a pretty f*cking busy year in 2016, and it seems he had absolutely no plans of slowing down this year. In addition to starring in three films, Baywatch, The Fate of the Furious, and Jumanji: Welcome to the Jungle, Dwayne will be getting a star on the Hollywood Walk of Fame very soon and has signed on for a handful of other movies, including Rampage, Skyscraper, and San Andreas 2. And just in case that wasn't enough, Dwayne also recently launched an ad agency company with ex-wife Dany Garcia called Seven Bucks Creative and is even considering running for president. Meanwhile, we can't even make it through Monday without complaining. Keep reading for a look back at Dwayne's busy year.

Related:
20 Dwayne Johnson GIFs That Will Make You Experience Thirst Like Never Before
Previous Next Start Slideshow
Celebrity InstagramsEye CandyRed CarpetDwayne JohnsonBest Of 2017
Around The Web

Kamala Harris
Ella Emhoff, aka Kamala Harris's Step-Daughter, Is Clearly a Style Star in the Making
by Nikita Charuza 7 hours ago