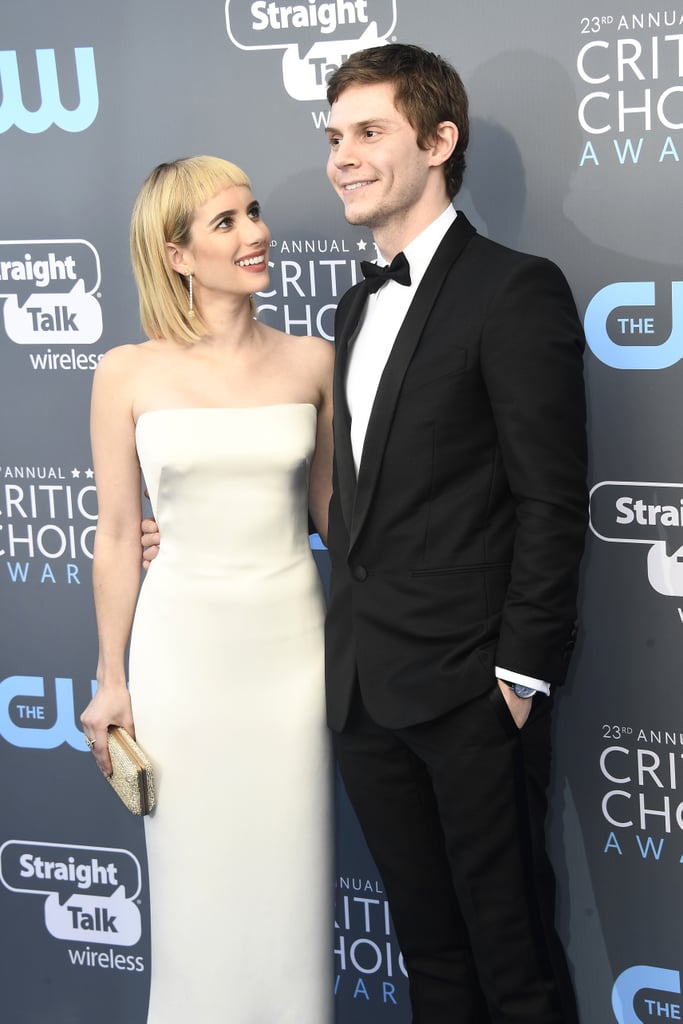 Emma Roberts and Evan Peters arrived in style for the Critics' Choice Awards in LA on Thursday. Emma, who sported new bangs, looked lovely in a sleek white column gown while Evan cleaned up nicely in a black suit and bow tie. The couple have been dating on and off since 2012 and looked sweet as they posed together on the blue carpet — speaking of blue, we kind of miss the sapphire locks Evan had while playing crazed cult leader Kai Anderson on the recent season of American Horror Story.

In addition to his role as a modern-day cult leader, Evan also portrayed mentally unstable criminals of the past, including Jim Jones, David Koresh, and Charles Manson. Details are beginning to trickle in about the upcoming eighth season of the FX series, but we have yet to find out if Ryan Murphy mainstays Evan and Emma will be returning for another round (although we can probably bet on it). Keep reading to see photos of their date night.