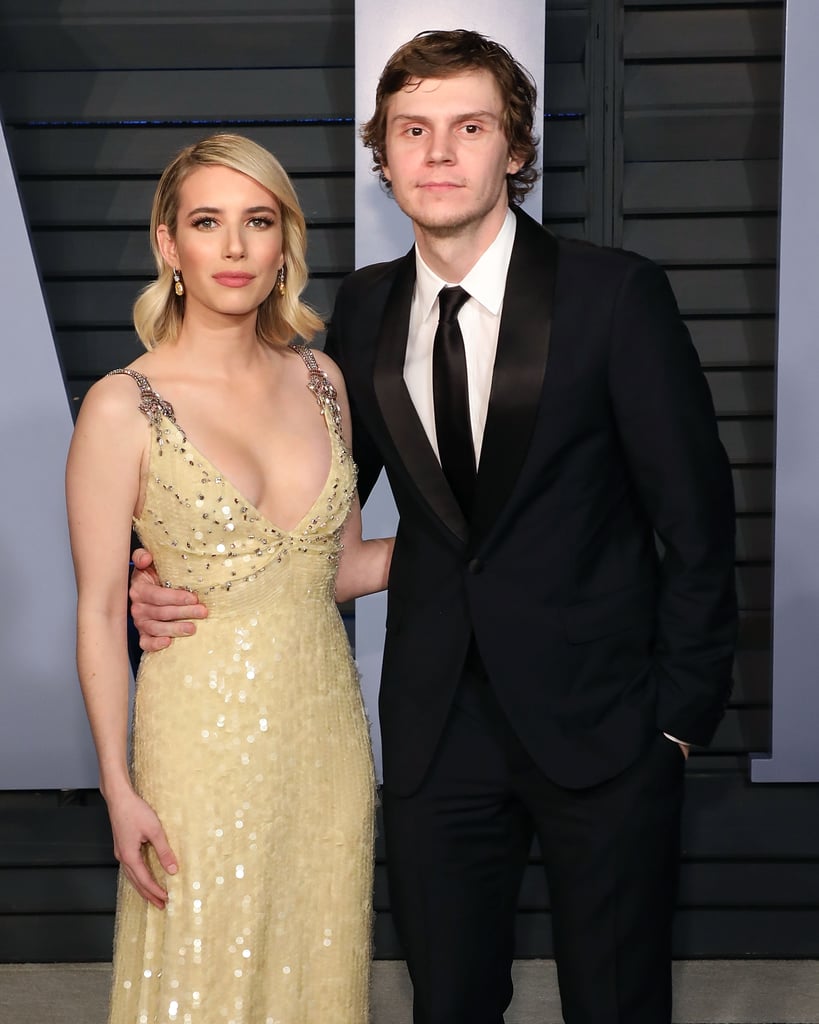 Emma Roberts and Evan Peters started dating back in 2012 after meeting on the set of their movie, Adult World, and in the short four years since then, the two have shared more drama than some of Hollywood's biggest blockbusters. We're talking at least three breakups, one nasty domestic violence incident, makeups, deleting all social media traces of each other, sharing the screen on American Horror Story, and a broken engagement. Now that they appear to be off again, take a look at their complicated love story.