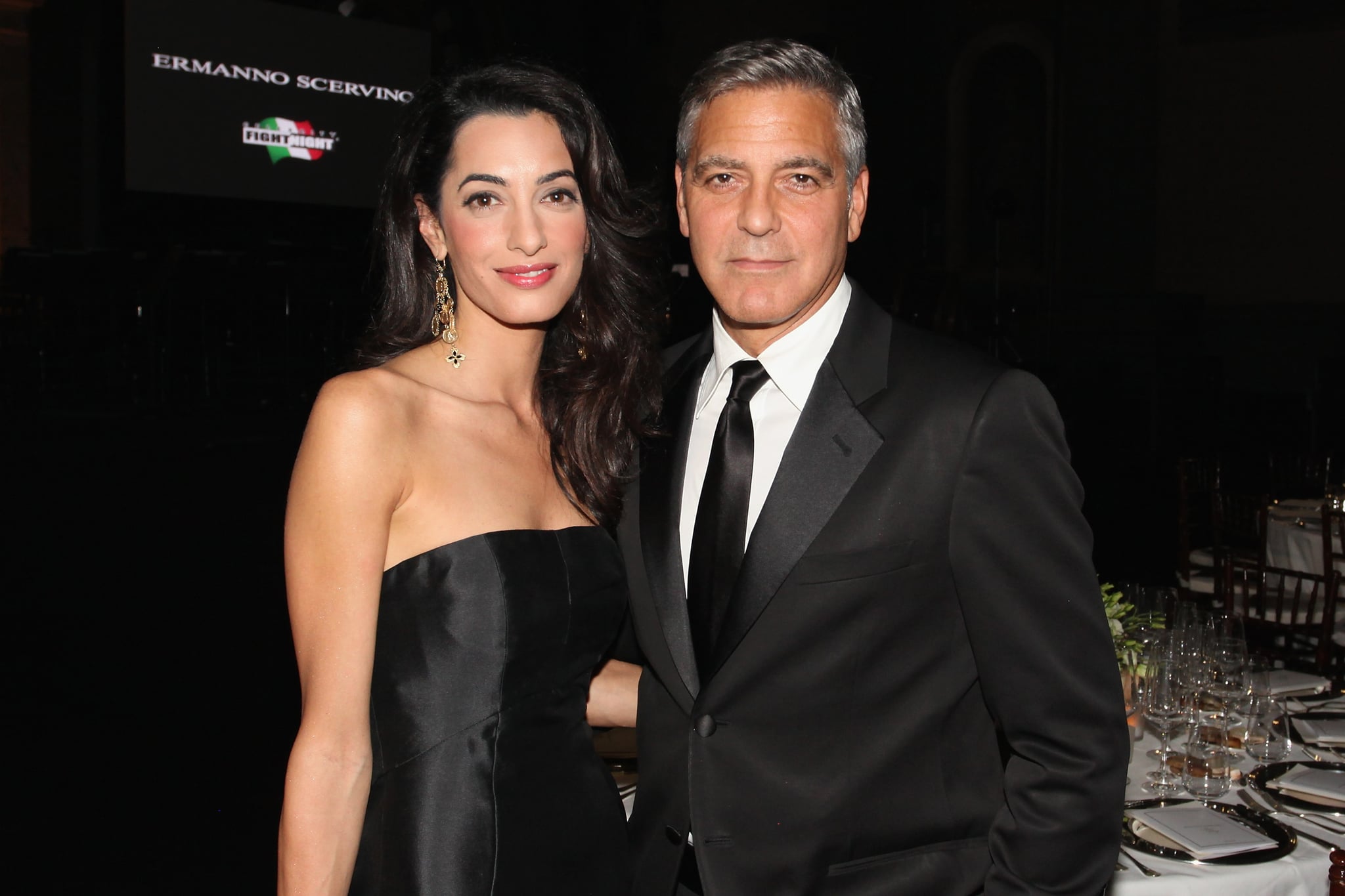 Amal Clooney and husband George, an actor, are expecting twins in June, which is why the human rights attorney is nixing her usual travel plans to countries that might be perceived as dangerous. She recently represented human-trafficking survivor Nadia Murad in her efforts against ISIS, for example, which is exactly the kind of risky trip that George opened up about during an interview with Paris Match magazine. "We decided to be much more responsible, to avoid the danger," he said. "I won't go to South Sudan anymore or the Congo, Amal will no longer go to Iraq and she'll avoid places where she knows she isn't welcome."

Despite the adorable couple's choice to scale back on the places they're now willing to travel, George assured the magazine that they still plan on globetrotting once their kids are born. "We have the chance to live between three countries: Italy, America, and England," he said, referencing the countries where they already own homes. "But as soon as the children go to school, it'll be necessary to choose where to settle. In the meantime, we will continue to move according to our respective schedules." George, who recently described his and Amal's foray into parenthood as "an adventure," also made it clear that his bond with his wife is a top priority, no matter how many frequent flyer miles they rack up. "People think we are never together, but we have not been separated for more than a week," he revealed.