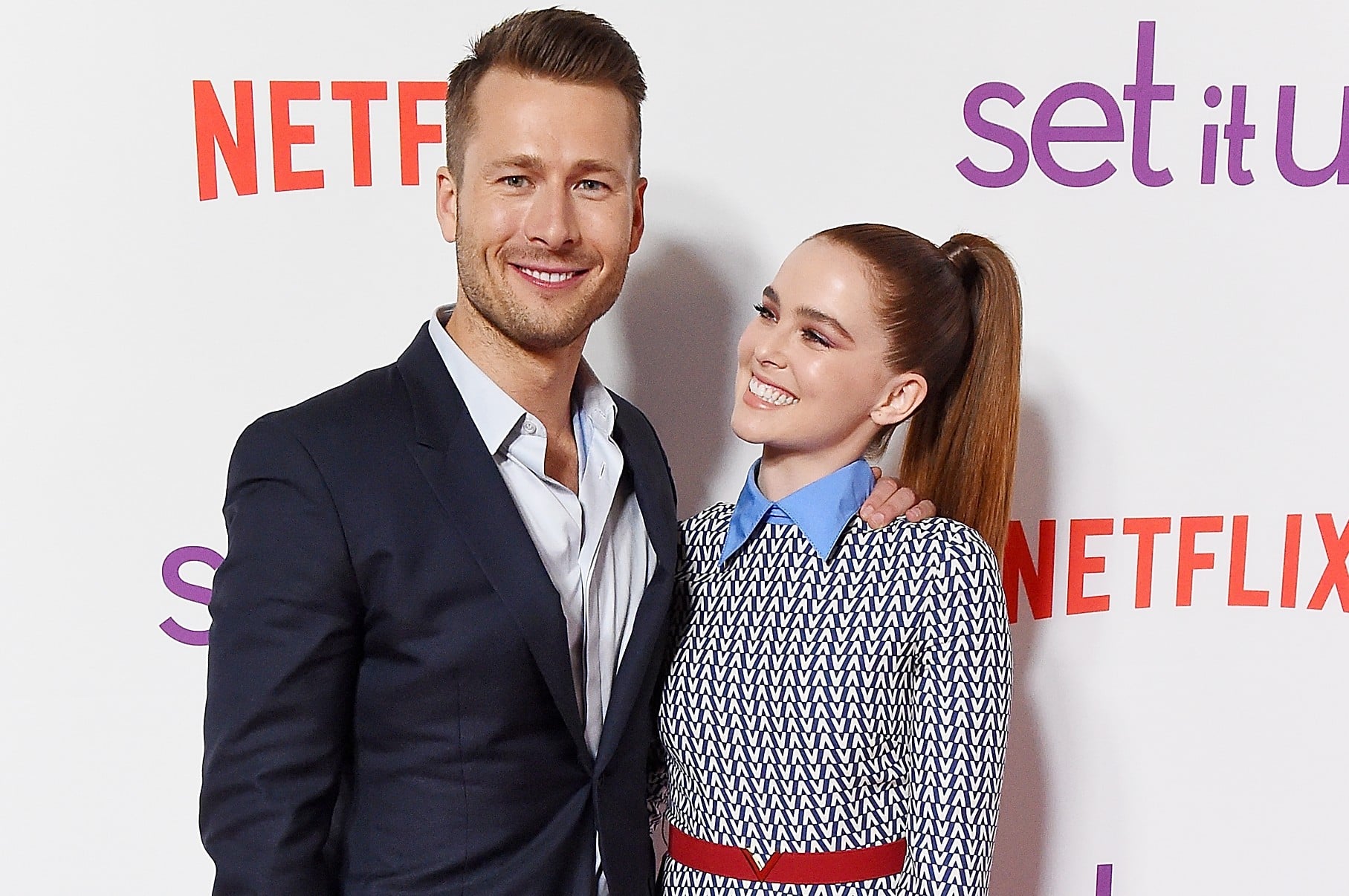 Plenty of C-list stars have turned their onscreen chemistry into an offscreen romance — from Riverdale's Cole Sprouse and Lili Reinhart to Stranger Things' Natalie Dyer and Charlie Heaton, some of our favorite fictional relationships have blossomed into real-life relationships. And if you've watched Netflix's new romantic comedy, Set It Up, then you're probably wondering if sparks were flying between Glen Powell and Zoey Deutch even when the cameras weren't rolling. We're sorry to break it to you, but Glen and Zoey are nothing more than friends (yes, seriously!).

The pair were first brought together on the set of 2016's Everybody Wants Some!!, when Glen and Zoey first realized they had onscreen magic. "We'd really hit it off," Glen said. "We'd always talked about doing a rom-com together, because that was like the most no-brainer thing if you had seen the two of us in a room." Though Emilia Clarke was originally slated to take on the role of the overworked female assistant in Set It Up, her Solo: A Star Wars Story filming conflicted, and Glen pushed for the role to go to Zoey.

Related:
If You Miss Classic Rom-Coms, These 24 Reactions Will Convince You to Watch Set It Up

They may look insanely adorable together, but the two still vehemently deny any dating rumors — as Glen says, it's "never going to happen." In an interview with BUILD series, Zoey even teased Glen for a not-so-erotic kiss the two shared during filming. It's clear from their playfulness that the costars work much better as friends than they do lovers, and even if their chemistry is convincing, it's the result of mutual admiration rather than attraction.

In an interview with Metro, Glen said, "Zoey and I literally fight and banter exactly in real life like it is in the movie. If it looks effortless, it is because it was effortless." Yes, the best friendships sometimes turn into relationships, but we're feeling pretty certain the relationship between Glen and Zoey is purely platonic. "She is wonderful and I hope to do many more movies with her," Glen added. Same here, Glen.

See you guys in the Set It Up sequel?