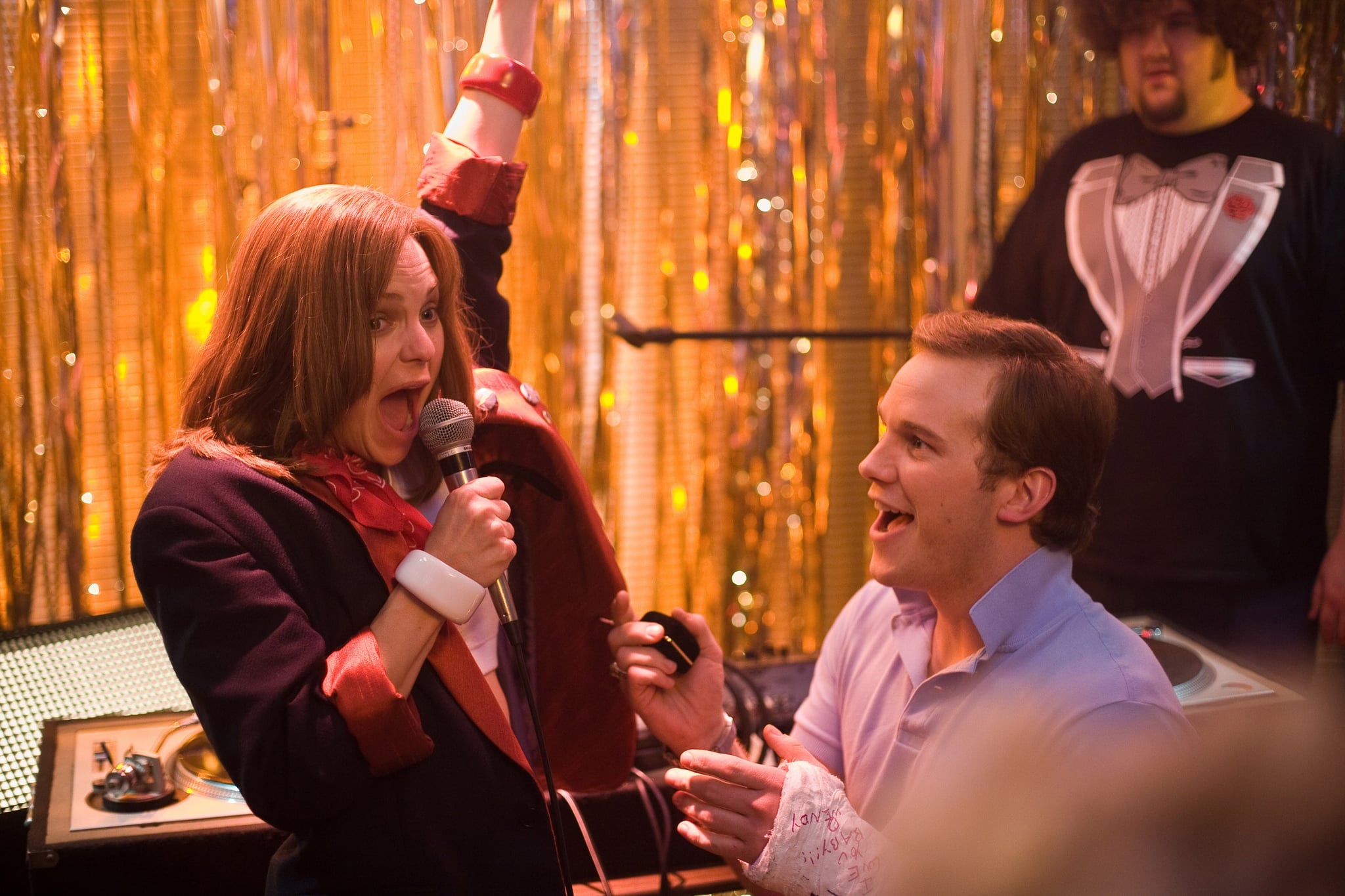 Chris Pratt and Anna Faris brought joy to our lives for years with their adorable relationship, sweet red carpet moments, and normal family life with their son, Jack. But in August 2017, the two shocked fans when they announced their decision to legally separate. "We tried hard for a long time, and we're really disappointed," they said. "We still love each other and will always cherish our time together."

That time together started way back in 2007 on the set of Take Me Home Tonight, a movie set in the '80s about a recent college graduate (Topher Grace) who has no idea what he wants to do with his life. After attending a Labor Day party in his hometown, he tries to win over his high school crush (Teresa Palmer) and prove that he can make decisions for his future.

Anna plays Topher's twin sister, while Chris plays her onscreen boyfriend-turned-fiancé-turned-ex. While things didn't work out for their characters, the two fell in love on set. "This is a pretty spectacular moment for us, to be able to come to this movie that we met on and fell in love making," Chris said at the film's 2011 premiere (it was delayed for years due to scenes showing heavy cocaine use among young adults). It's also worth noting that Anna was still married to her first husband, actor Ben Indra, when filming began in February 2007, but Chris admitted that he didn't make a move until after she filed for divorce that April. Now, excuse us while we mourn their breakup with the rest of the world.