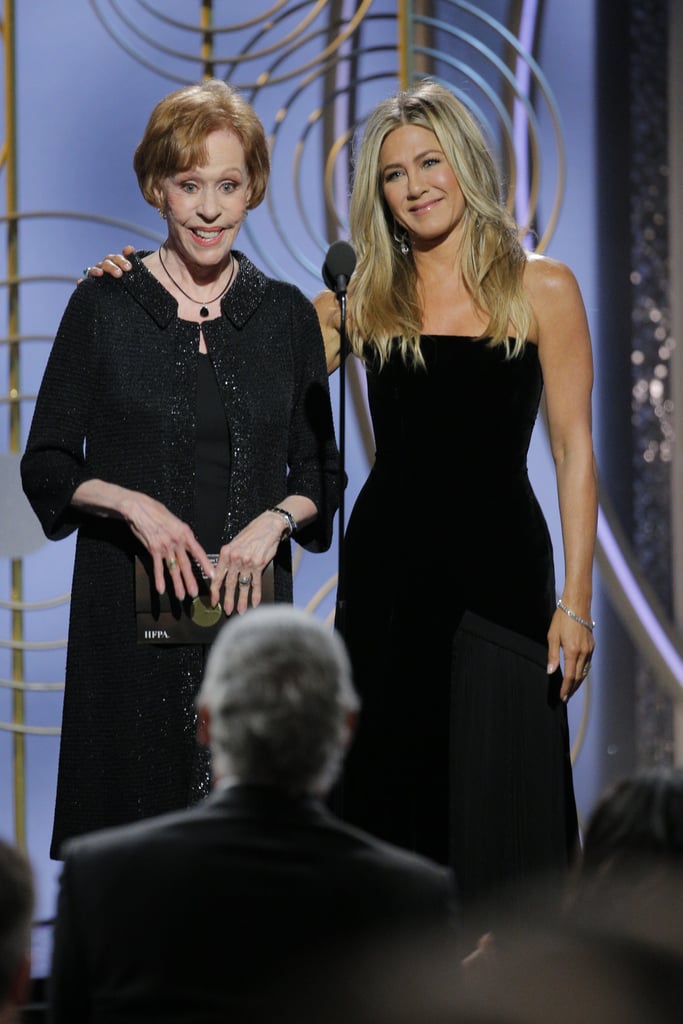 It was reported last week that Jennifer Aniston and Angelina Jolie would, for the first time in over a decade, be in the same place at the same time — and on Sunday night, the two actresses were both in attendance at the Golden Globes. While Jen skipped the red carpet — instead popping up on stage to present the award for best actress in a TV musical or comedy with Carol Burnett — Angelina arrived with her 14-year-old son Pax Jolie-Pitt, who looked dapper in a black suit.

Angelina and Jen have a public history that revolves around their mutual ex-husband Brad Pitt, and while it's entirely unlikely that the two came face to face during Sunday night's show, they both made sure to show their support for the Time's Up movement by wearing black dresses to the event. As for Brad? He stepped out for Sean Penn's annual Haiti relief gala on Saturday night and bid $120,000 to watch an episode of Game of Thrones with one of its stars, Emilia Clarke. Keep reading to see photos of Jen and Angelina at the Golden Globes.