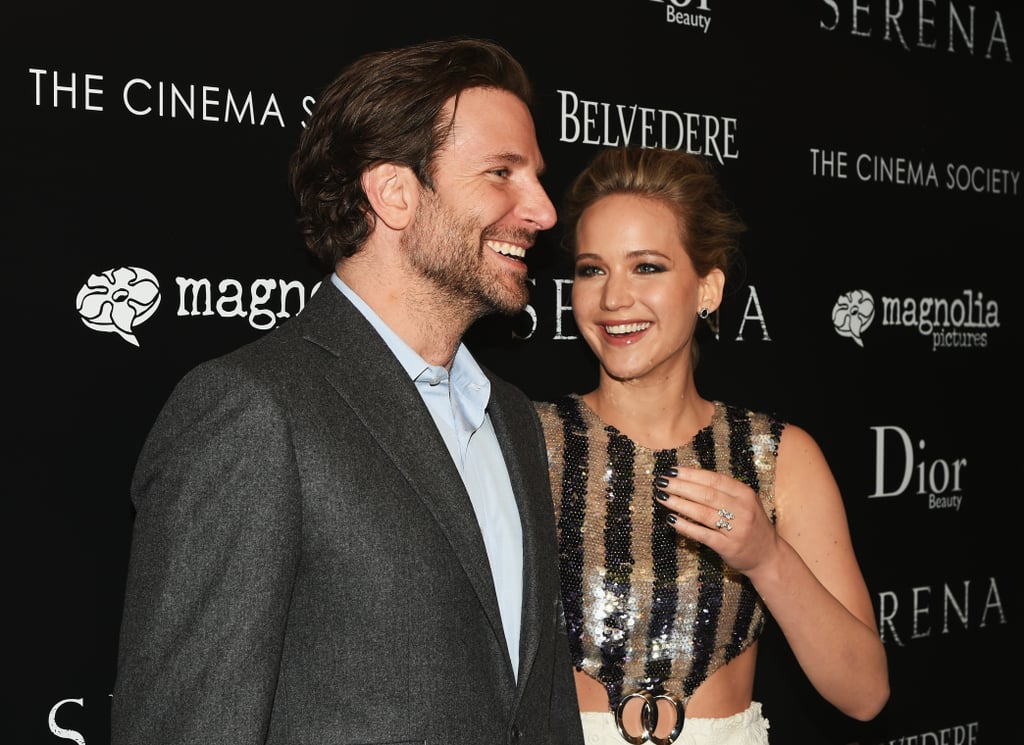 If you've missed seeing Jennifer Lawrence and Bradley Cooper together, take a deep breath. On Saturday, the actors linked up in NYC for two picture-perfect events. The duo kicked off the night at a screening of their latest movie, Serena. As one might expect, Jennifer dazzled on the red carpet, showing some skin in a supersexy outfit. It didn't take long for Bradley to come along and bring out Jennifer's silly side. Bradley laughed just as hard as Jennifer, though, making his first appearance since his reported breakup with Suki Waterhouse nothing short of cute. The stars kept their giggle fest going when they hit up the afterparty, where Jen debuted a flattering LBD.

Even though it's clear the stars have electric chemistry on and off screen, Jennifer shattered dreams about a potential romance with Bradley. When the actress was asked why they play a husband and wife so well, she delivered this blunt response: "No sex!" Instead, food is what brings them together. According to Jennifer, they never disagree "about where to go to dinner; we're both two of the biggest eaters in Hollywood."

The always-quotable Jen has remained largely out of the spotlight this year after speculation about her seemingly on-again, off-again relationship with Chris Martin died down. While Chris has been spotted at the beach with Kate Hudson, Jennifer has been working on her upcoming movie Joy, which is already grabbing headlines. The Oscar winner recently took to Facebook to address rumors about an argument with director David O. Russell on the film's set. Read on to see Jennifer and Bradley's awesome night, and then relive Jen's best moments with other stars on the red carpet.