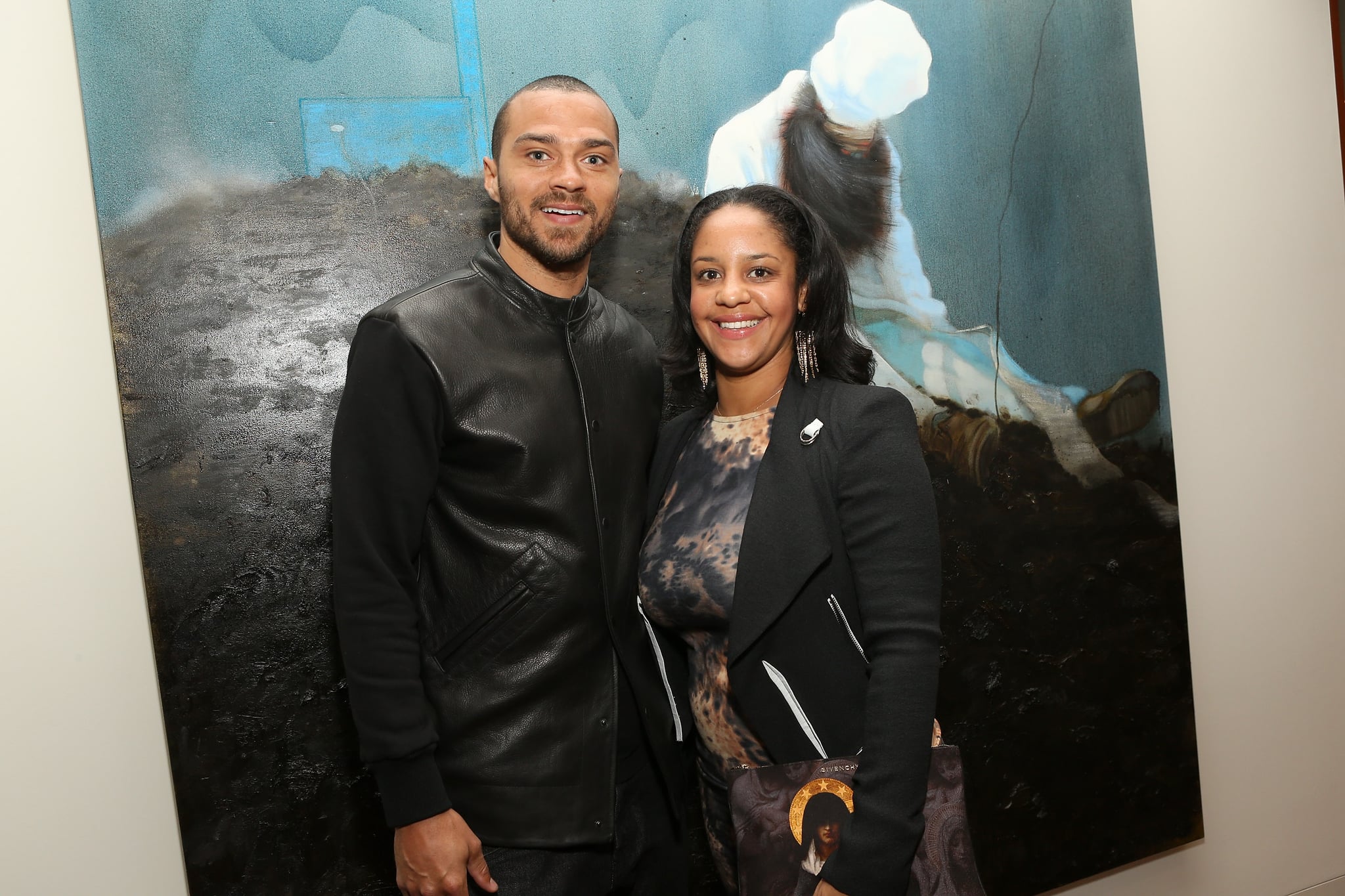 Jesse Williams split from his wife of nearly five years, real estate broker Aryn Drake-Lee, back in April 2017. While we still don't know what exactly went wrong, the two have been in an intense custody battle over their children, Maceo, 2, and Sadie, 4, ever since. Keep reading for a look at everything that's happened since Jesse and Aryn called it quits.

Related:
26 Hot Jesse Williams Pictures That Will Leave You Desperate For Medical Attention

The Grey's Anatomy actor split from Aryn after nearly five years of marriage. According to legal documents obtained by TMZ, Jesse was the one who filed the divorce petition and requested legal and physical custody of Maceo and Sadie. He also checked the box asking the court to deny Aryn any spousal support, and they instead worked it out in mediation.

Aryn's lawyer, Jill Hersh, later responded to Jesse's claims with a statement of her own, telling Us Weekly, "Protecting the privacy and well-being of their children is of paramount importance to Aryn Drake-Lee Williams. It is unfortunate that Mr. Williams has chosen to draw public attention to this difficult time and transition for their family. Aryn is solely interested in the best interests of their children, supporting a healthy relationship with both parents, and protecting the children's privacy. Therefore, she will not comment any further on Mr. Williams's unilateral and unfortunate public allegations."

Jesse was spotted catching a movie in LA with his The Butler costar Minka Kelly. The two kept a low profile in black jackets and jeans and made sure to steer clear of any PDA. Prior to their outing, Minka and Jesse first sparked dating rumors when they were both in Paris for a video game shoot.

In an 11-minute Tidal video for JAY-Z's latest album, Footnotes For 4:44, Jesse opened up about their divorce for the first time. The actor joined JAY-Z, Chris Rock, Will Smith, Kendrick Lamar, Anthony Anderson, Aziz Ansari, and other celebrities for a chat about relationships, and without mentioning Aryn by name, he addressed cheating rumors. "I was in a relationship 13 years, 13 real years, not five years, not seven years — 13 years," he said. "All of a sudden motherf*ckers are writing think-pieces that I somehow threw a 13-year relationship. Like, the most painful experience I've had in my life, like with a person I've loved with all of my heart — that I threw a person and my family in the trash because a girl I work with is cute."

News broke that Jesse had reportedly been dating Minka for "a few months." "They're legit," a source told Us Weekly.

According to court documents obtained by TMZ, Aryn demanded sole custody of their kids and wanted a judge to order Jesse to keep his girlfriends away from their children until he dates them for at least six months. She also claimed Jesse has a violent temper and noted a road rage incident Jesse had with one of his neighbors in July. Aryn believed Maceo and Sadie were beginning to show signs of psychological damage and asked that the proceedings moved quicker.

After both Jesse and Aryn attended "their hearing on child custody, child visitation, and co-parenting matters regarding their children," the former couple were granted joint legal custody of their two kids. "Aryn is pleased to have an arrangement that will provide stability and continuity for the children so that their best interests are the highest priority," Aryn's attorney, Jill Hersh, said in a statement to People.

Based on court papers acquired by E! News, Jesse was expected to give Aryn an advance of $160,000 that would be distributed in two ways: $100,000 of it would serve as "temporary spousal support for [Aryn] and child support on behalf of the parties' minor children" and the remaining $60,000 would go toward Aryn's attorney fees. The advance would be paid out in three installments and would have come out of Jesse's first three Grey's Anatomy paychecks from the 14th season.

Jesse and Minka called it quits after almost a year of dating. It's unclear what led to their split.

After a heated custody battle, a judge granted the former couple joint custody of their kids, Sadie and Maceo. According to court documents obtained by E! News, Jesse will get his children every other weekend, two days each week, as well as on Father's Day.

June 20, 2018: Jesse Is Ordered to Pay Child and Spousal Support

According to court documents obtained by Us Weekly, Jesse has been ordered to pay $100,000 a month in child and spousal support to Aryn. That amount will be split, with $50,629 going to child support, and the rest going to his estranged wife. This is reportedly a temporary order until a final settlement is reached.

Celebrity Kids
From Kaia Gerber to Zoë Kravitz, 13 Celebs Who Got Real About Being a Hollywood Nepo Baby
by Simrin Purhar 2 hours ago