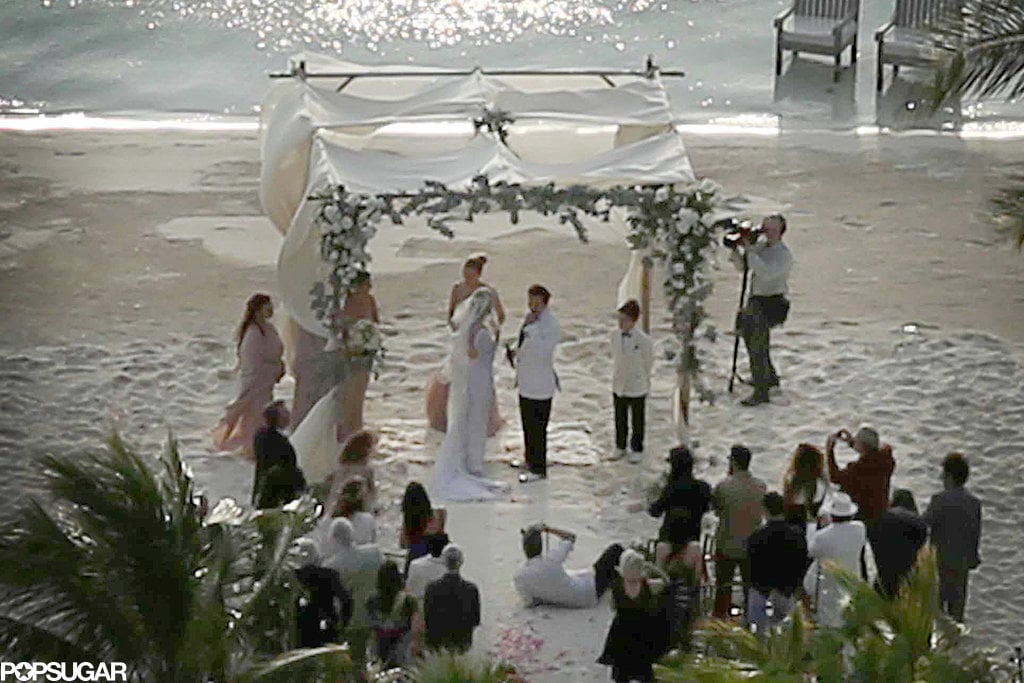 Johnny Depp and Amber Heard Tied the Knot on His Private Island — See the Pics!

Johnny Depp and Amber Heard tied the knot in a gorgeous ceremony on the actor's private island in the Bahamas last Sunday. The couple exchanged vows in front of two dozen guests, including Johnny's children, Lily-Rose and Jack, from his previous relationship with Vanessa Paradis. Johnny and Amber's picturesque beachside wedding came just days after the couple officially got hitched at their home in LA. It's rumored that Amber's dress was designed by Stella McCartney, which would make sense seeing as Johnny is close friends with both Stella and her father, Paul. Johnny and Amber met on the set of The Rum Diary in 2011 and were engaged three years later. In a recent interview, the actor gushed about his now-wife, saying, "She's a wonderful girl. She's sharp as a tack. A Southern belle and sweet as can be and very good for me." Keep reading to see the photos from Johnny and Amber's sweet island wedding.

Celebrity Instagrams
Jenna Ushkowitz Is Going to Be a Mom: "Baby Girl Stanley Coming in June"
by Monica Sisavat 18 hours ago