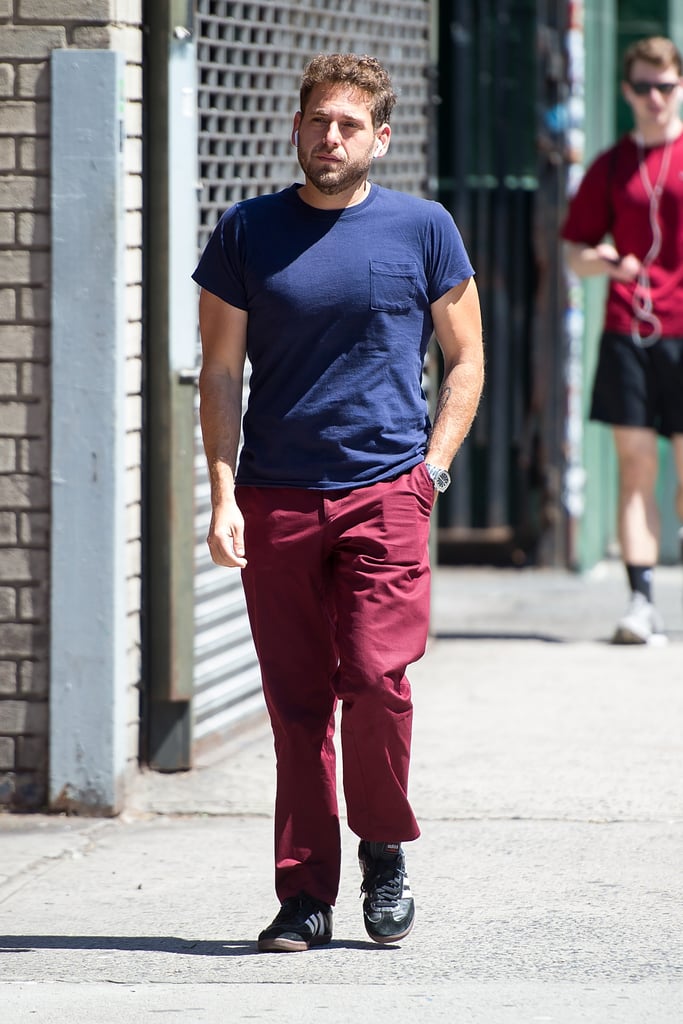 Jonah Hill was looking all kinds of buff while enjoying a sunny walk in NYC on Sunday. The actor wore a fitted blue t-shirt (a piece we've seen him in before) with red pants and kept his earbuds in as he made his way through NoHo. We first got a glimpse of Jonah's chiseled new physique during a casual stroll in NYC last month, and weeks later, he put his toned arms on display while grabbing a smoothie before a gym session. After gaining 40 pounds for his role in the crime drama War Dogs, Jonah hired a nutritionist and reportedly kept a food journal to lose the weight. He also got some healthy living advice from his 21 Jump Street costar Channing Tatum, whom he called and asked, 'Hey, if I ate less and go to a trainer, will I get in better shape?'"

Related:
Leonardo DiCaprio Pulls an Epic Prank on Jonah Hill on the Streets of NYC
Previous Next Start Slideshow
Jonah Hill
Around The Web