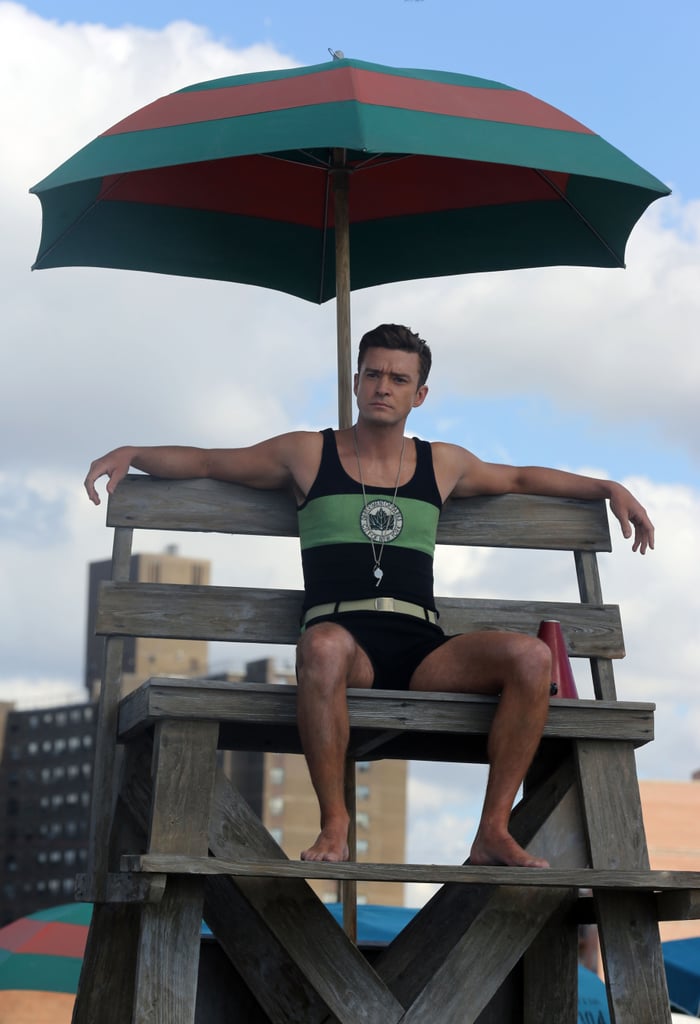 Justin Timberlake looked tan and toned on the set of a new Woody Allen film in The Rockaways, NY, on Friday. The "Can't Stop the Feeling" singer managed to make his old-timey bathing costume look incredibly sexy; Justin is reportedly playing a lifeguard in the 1950s-era drama, which is also set to star Kate Winslet and Juno Temple. Justin made headlines earlier this week when he was made aware of comments made by his ex-girlfriend Britney Spears. After Britney expressed interest in a musical collaboration with him, Justin admitted to not having heard the news but responded emphatically, saying, "Sure! Absolutely, absolutely," and adding "I'm accessible, give us a call!" Needless to say, it sent us into complete panic mode and we "absolutely" need this to happen ASAP.