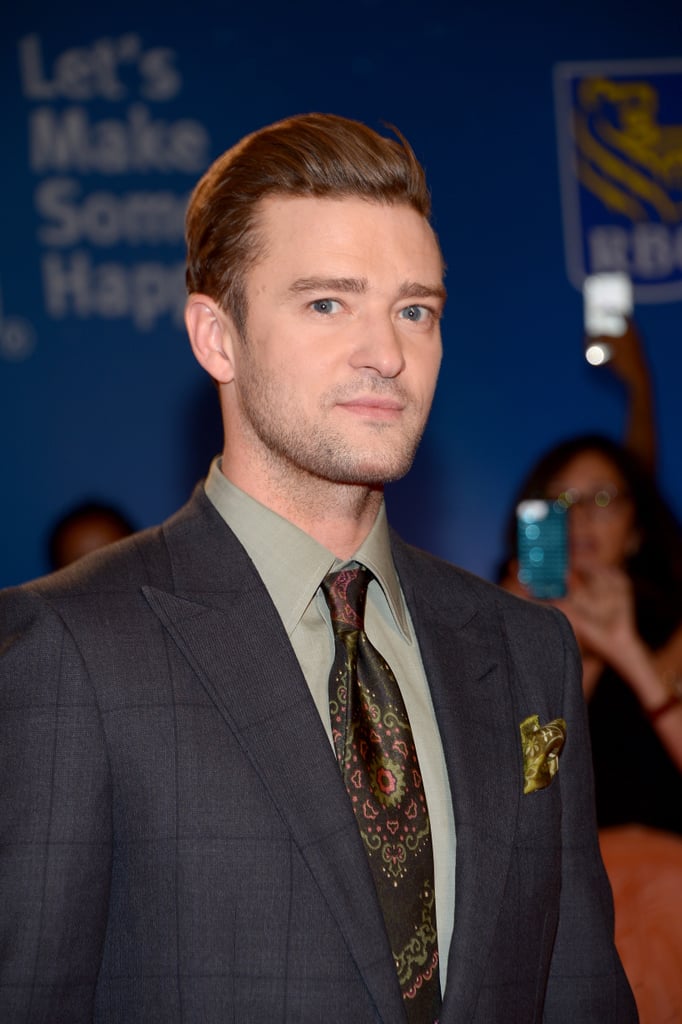 The Toronto Film Festival got a whole lot hotter when Justin Timberlake arrived for the premiere of his concert documentary, Justin Timberlake + the Tennessee Kids, on Tuesday. The "Can't Stop the Feeling" singer brought his signature charm and golden sense of humor to the red carpet, where he joined director Jonathan Demme for pictures. While doing press, Justin was asked whether he heard ex-girlfriend Britney Spears's comment about wanting to collaborate and told E! News, "She did? Sure! Absolutely, absolutely. I have a 17-month-old so I don't get the headline news. I apologize for not being in the know . . . I'm accessible, give us a call!"

Britney admitted that she'd like to work with Justin, who is "very good," when she appeared on Most Requested Live With Romeo back in August, and once former *NSYNC band member Lance Bass got word of this, he couldn't help but share his excitement over the possible collaboration. He gushed to E! News, "I would love to see that happen, of course. I think everyone in the world wants to see them together again in any capacity. It's like everyone's childhood dream."