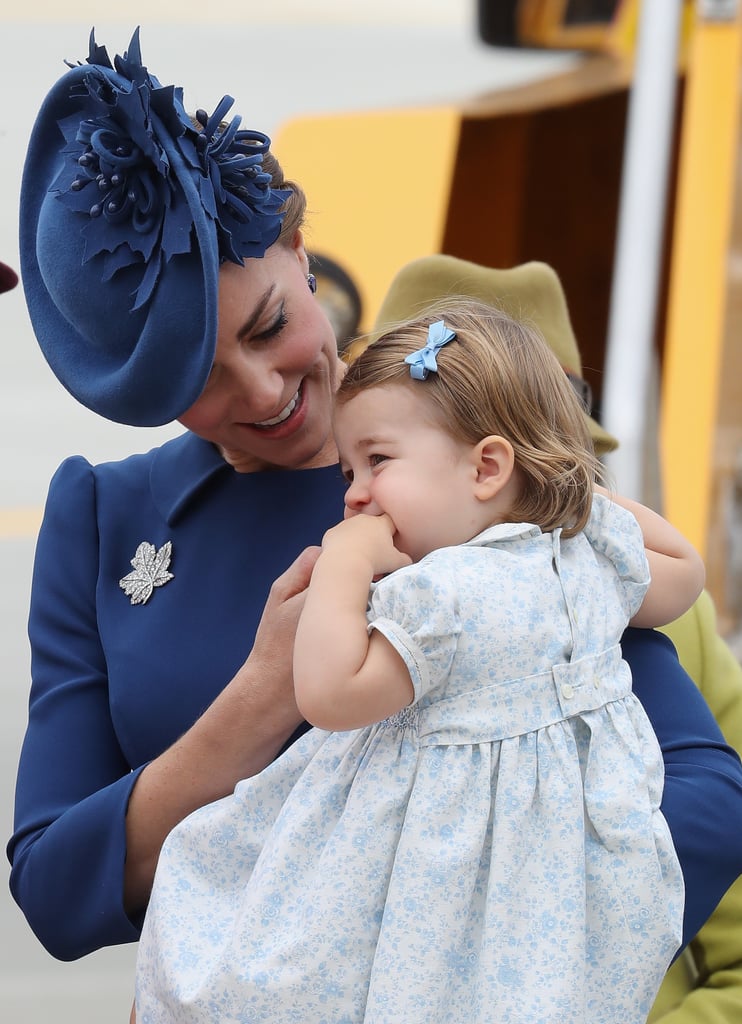 Kate Middleton became a mother of two in May 2015, when she gave birth to daughter Charlotte Elizabeth Diana. The baby girl joined big brother George, who celebrates his third birthday in July. Since his arrival in 2013, Kate and George have shared plenty of sweet moments, but now that there's another little one to love, we're looking at her cutest mom moments with both babes. Read through to see Kate's best snaps with George and Charlotte, and then take a look at both royal baby's debut's side by side!