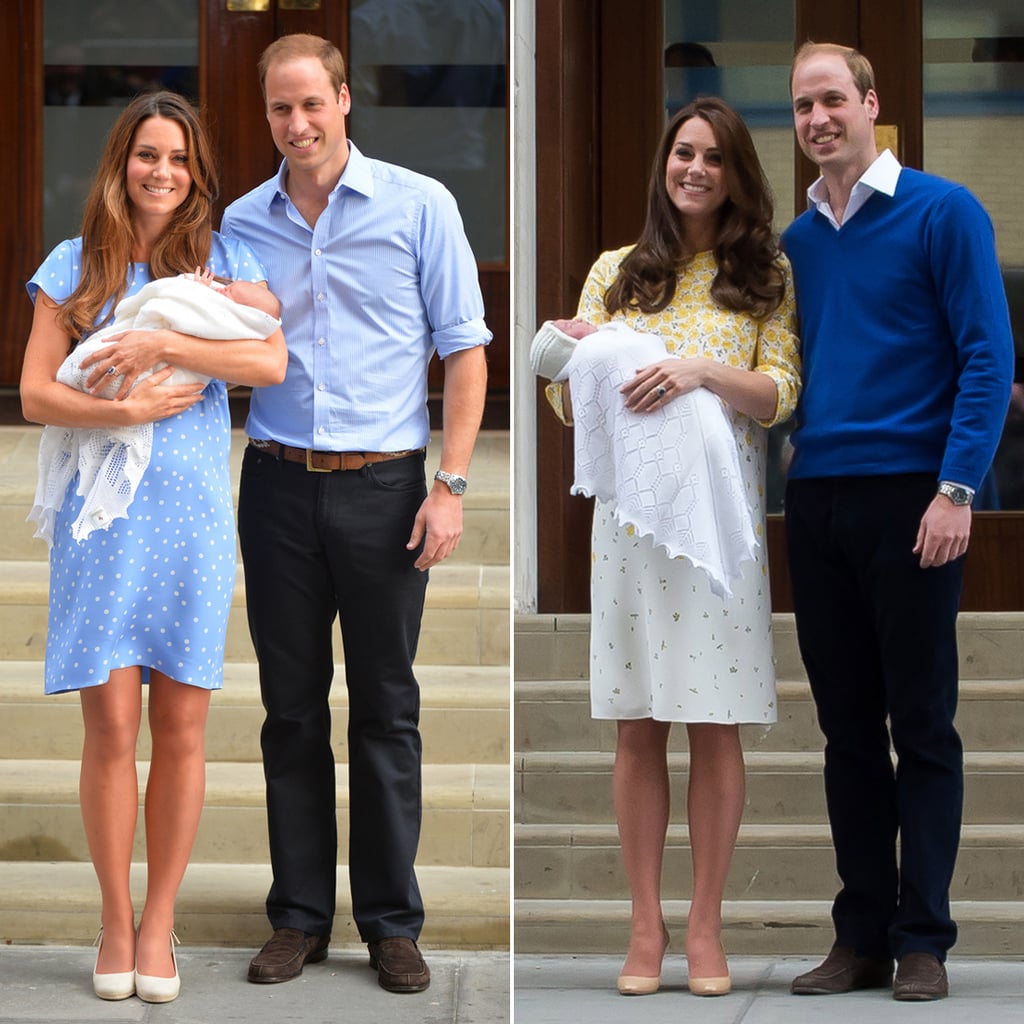 You'll Love Seeing Princess Charlotte's Debut Side by Side With George's

Princess Charlotte made her long-awaited debut on May 2, less than two years after her older brother, Prince George, was born. The baby girl's arrival was met with excitement around the world and even more flashbulbs as she made her first appearance just hours after her birth. Like with Prince George, Kate Middleton and Prince William introduced their daughter to waiting crowds outside of the Lindo Wing of St. Mary's Hospital in London. The entire event, from Kate going into labor to the official birth announcement and the initial reveal, was so similar to George's that we had to look at both royal babies' arrivals side by side. Start reading to see all the similarities and a few differences between George's and Charlotte's big debuts.

Celebrity Couples
"Teen Wolf: The Movie" Cast: Who's Single and Who's Taken?
by Michele Mendez 17 hours ago