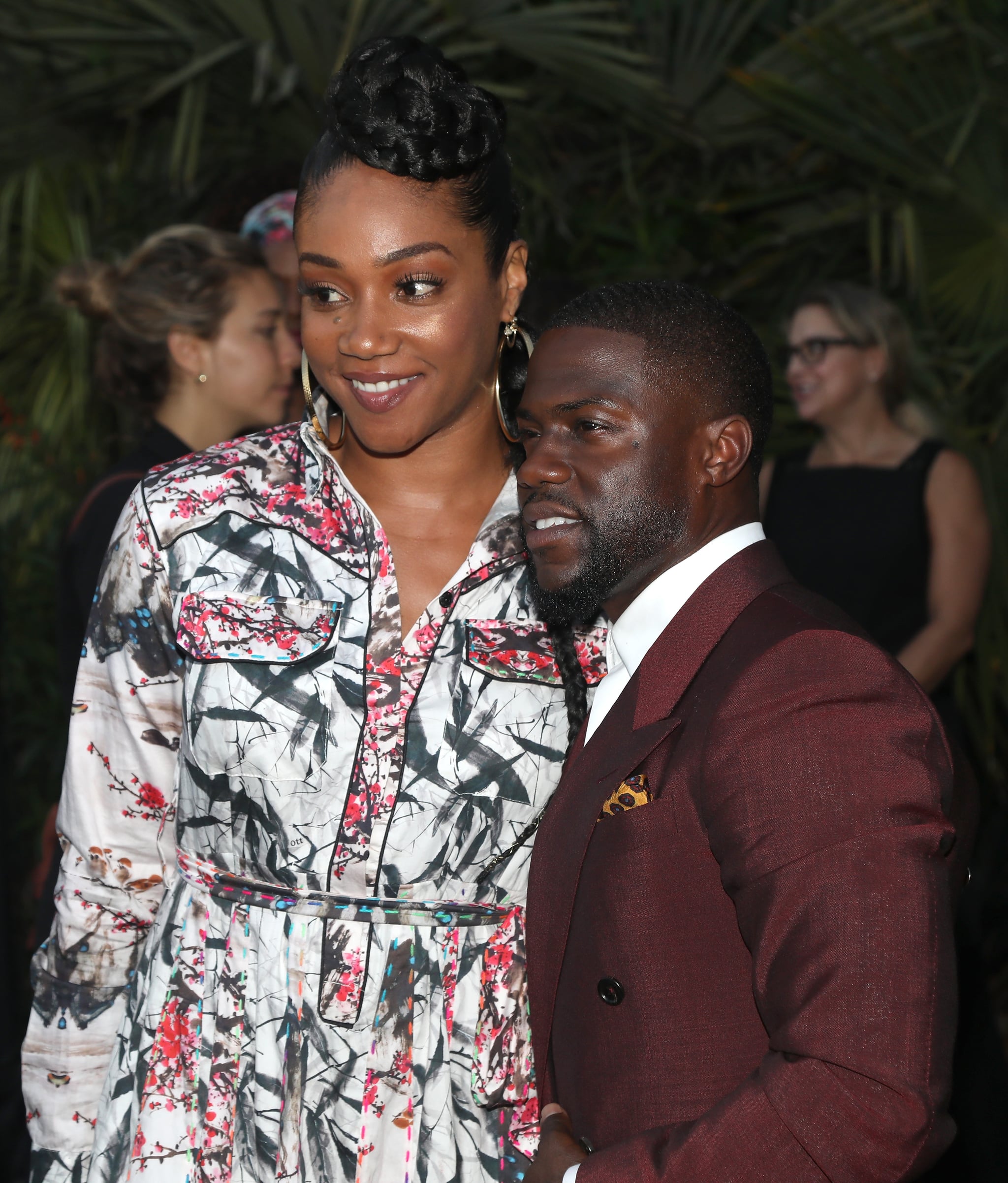 Kevin Hart and Tiffany Haddish go way back! While the hilarious Hollywood duo star alongside one another in the upcoming comedy Night School, it wasn't always red carpet appearances and popping pay checks. These two are the epitome of how hard work pays off, and this story about their humble beginnings will remind you of that. Before sharing the trailer for their movie, Kevin took to Instagram to bring everyone back to "8 to 9 years ago" when Tiffany was "homeless and living out of her car."

"I had no idea until I saw a sh*tload of clothes in her car outside of a comedy club in LA. I asked her what was going on and she down played [sic] the situation," he wrote. "I reached in my pocket and gave her all the money I had which was $300 at the time. She held onto that moment . . . That moment gave her a bed & shower for a couple of nights. This woman never let her life situation beat her. She stayed true to her dreams and bust her ass to get where she is today."

Kevin closed his story with a lesson to fans: "Stay on the course people and continue to follow your dreams . . . You are looking at 2 people on a movie poster that are living proof of it being worth it in the long run!!!!"

Amen. Tiffany first spoke about this story at length during an interview with Vanity Fair in January, telling the publication how everything has come "full circle" in their friendship. "Sometimes he gets on my nerves 'cause he tries to play the brother and tries to clown, but for the most part he's an awesome dude," she said. "I mean he gave me a job on Real Husbands of Hollywood, and I kept trying to give him his $300 back. He's like, 'I don't want that money. You keep that money. If I need you to be in something else, you just make sure you can do it.'"

Tiffany also shared an official image from their movie with a sentimental note about their memorable conversation back in 2005. She wrote that in addition to giving her $300 and telling her to get a hotel room, he taught her an important lesson about setting goals. "He also told me to write out a list of goals, get my sh*t together, and start working toward those goals," Tiffany shared. "I did just that and over the years Kevin has always been the big little Brother I never had. Thank you Kevin for always being willing to teach me and letting me know when I was making mistakes. You are a Comedy Angel."

About that $300 . . . "Now when I am In Forbes Magazine as one of the highest paid actresses in the world I will pay you that $300 back. That is just one of the many things on my list of goals I have yet to accomplish."

Pete Davidson
3 Suitors Phoebe Dynevor Has Been Linked to — and No, Regé-Jean Page Isn't on the List
by Emily Weaver 19 hours ago

British Celebrities
Who Is Bukky Bakray? Here's What You Need to Know About BAFTA's Rising Star
by Navi Ahluwalia 2 days ago