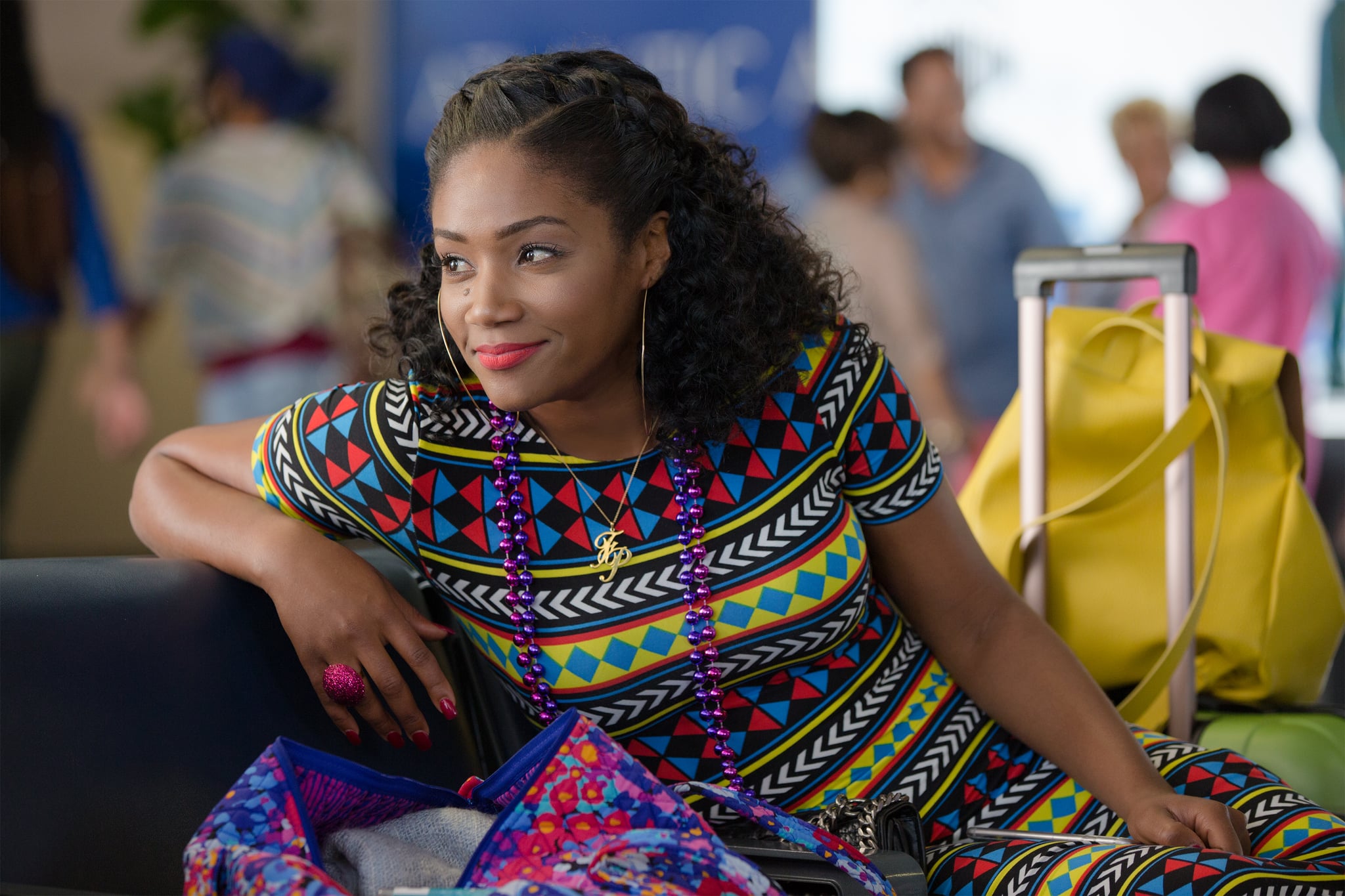 Dina gets most of the best lines (and the most vulgar ones, including a blowjob-themed bit that truly can't be missed) and arguably serves up the movie's most memorable performance. Although it might be Haddish's biggest project to date, it certainly isn't her first. In fact, there's a really good chance you've seen her before.

On top of Girls Trip, Haddish popped up in 2016's Keanu as Hi-C (pictured above) and has played Nekeisha on The Carmichael Show since 2015. She also nabbed a stint on Real Husbands of Hollywood in 2013 (playing Tiffany), as well as smaller roles on shows like The Game and Secret Girlfriend. With Girls Trip already in the bag, Haddish has an appearance in the TV movie Grand Marquee up next, as well as her first stand-up special, She Ready!, which should hit Showtime in August.

In other words, you're going to have plenty more reasons to laugh this year.

Austin Butler
Austin Butler Was Hospitalized After "Elvis" Filming: "My Body Just Started Shutting Down"
by Njera Perkins 22 hours ago

by Shelcy Joseph 48 minutes ago