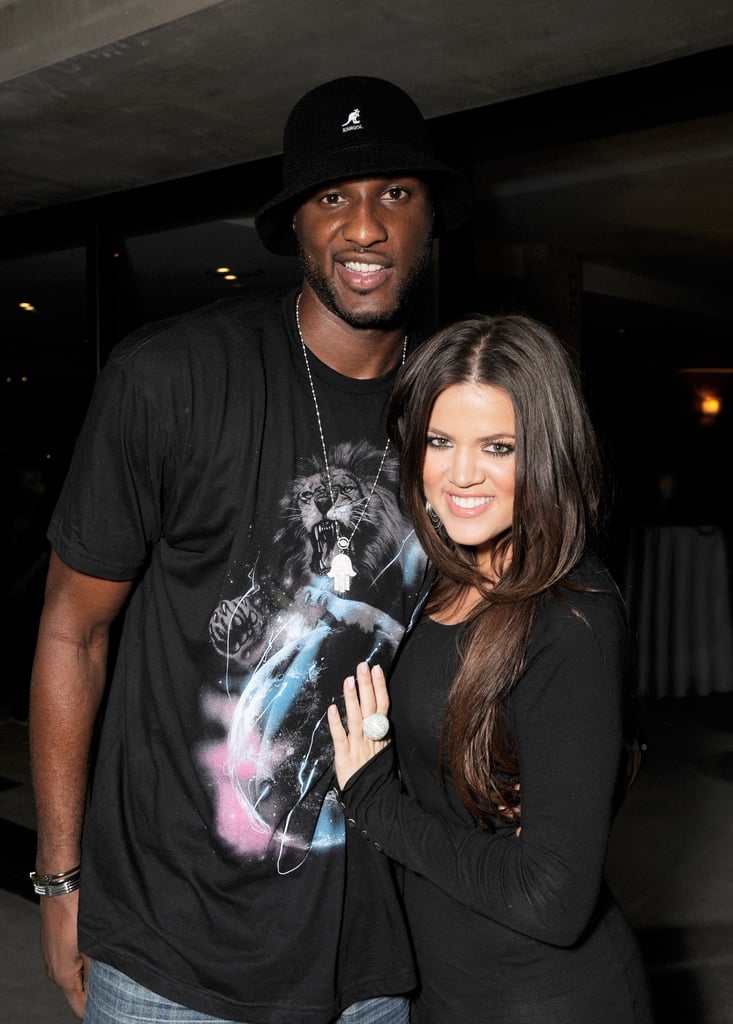 Khloé Kardashian and Lamar Odom had a whirlwind romance, meeting in 2009 and marrying just one month later. It was only four years later in December 2013 that Khloé filed for divorce after months of rumors about trouble in their relationship and Lamar's personal issues with addiction and infidelity. Earlier this year, it seemed that Khloé, who has been open about still loving Lamar despite dating both French Montana and James Harden, had finally moved on. But earlier this month after Lamar was found unconscious after an alleged drug overdose, everything changed. Khloé rushed to be by his side, and the couple even moved to withdraw their divorce papers, which hadn't yet been processed. While Khloé continues to stay by Lamar's side at Cedars-Sinai hospital in LA, take a look at their tumultuous relationship over the years.