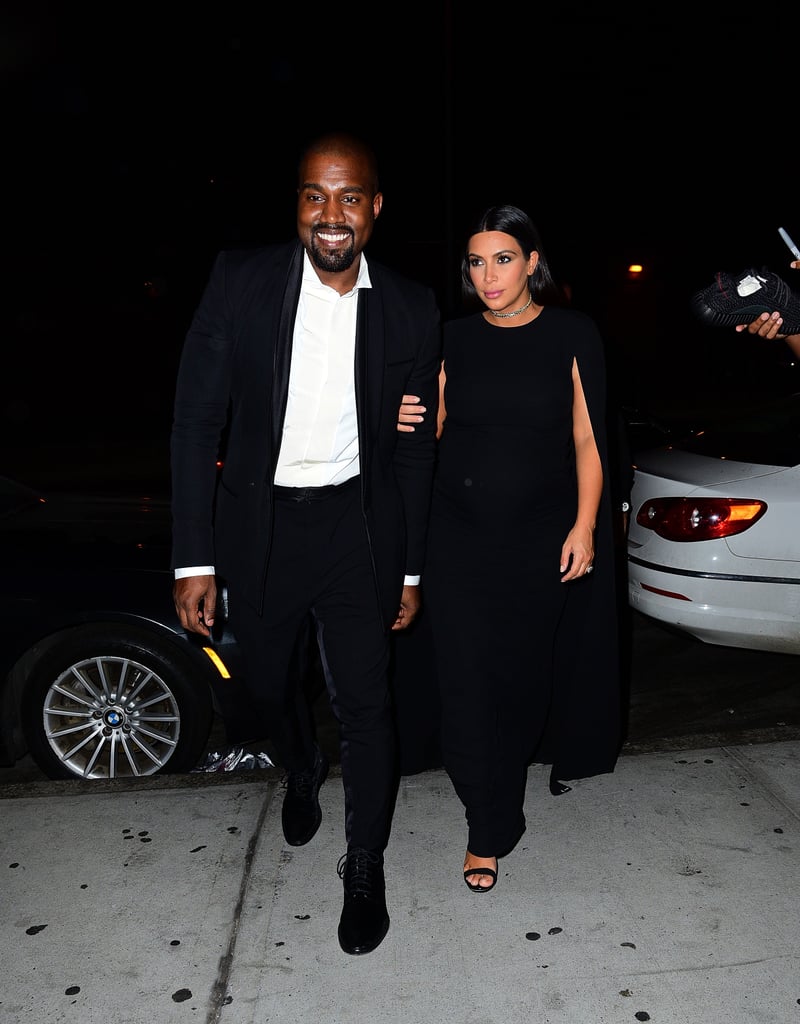 It looks like smiling may be turning into a habit for Kanye West. The rapper and his wife, Kim Kardashian, attended a friend's wedding in SoHo, New York, on Sunday and Kanye, who is notorious for keeping a straight face, could not help but flash a sweet grin. The duo showed off their ultraglam looks on Kim's Instagram, while Kanye, who led Kim out of the car, had the look of love as he made his way inside of the venue.

Although Kanye is better known for his seriousness, the world has been seeing a lot of his softer side lately. Just a few short days ago, he followed up his memorable encounter with Taylor Swift at the VMAs with a huge flower arrangement. Taylor shared a photo on Twitter, writing, "Awww Kanye sent me the coolest flowers!! #KanTay2020 #BFFs," referencing the fact that Kanye announced he'd be running for president in 2020 during his VMAs acceptance speech. Back in August, Kanye showed off his pearly whites when he had fun posing in a photo booth with his family. Keep scrolling to see more cute moments from Kim and Kanye's night out.

Alicia Keys
According to Alicia Keys, Swizz Beatz Isn't Just Her Soulmate, They're "Twin Flames"
by Grayson Gilcrease 15 hours ago

Ciara
Nothing Says "Sun's Out, Buns Out" Quite Like Ciara's Cheeky One-Piece
by Victoria Messina 2 days ago

Shirtless
After Seeing These Pictures of Resort to Love's Sinqua Walls, We're Going to Need a Minute
by Grayson Gilcrease 4 days ago