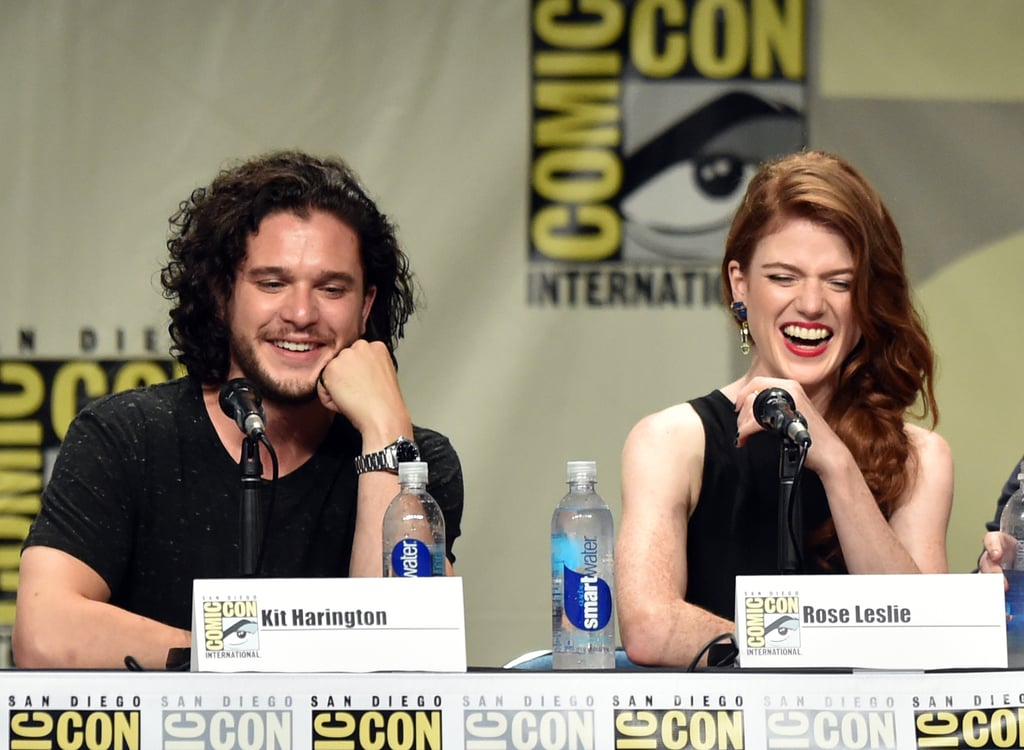 Kit Harington and Rose Leslie are reportedly back together. According to Us Weekly, a source has revealed that the couple and former Game of Thrones costars rekindled their romance about three months ago. The fresh and fervent dating rumors were sparked late last month during Comic-Con International: San Diego, after which they strolled through LAX together. As you might remember, the two were already rumored to have dated and broken up a while back. Of course, when it comes to eligible bachelors in Westeros, we know that their characters Ygritte and Jon Snow share an elusive and mutual true love, so much so that they actually gushed about it at Comic-Con. In real life, though, we haven't been so sure. Join us as we examine all the evidence surrounding the chatter, and when you're done, remind yourself of why Kit's smile is one of the most important things, ever.