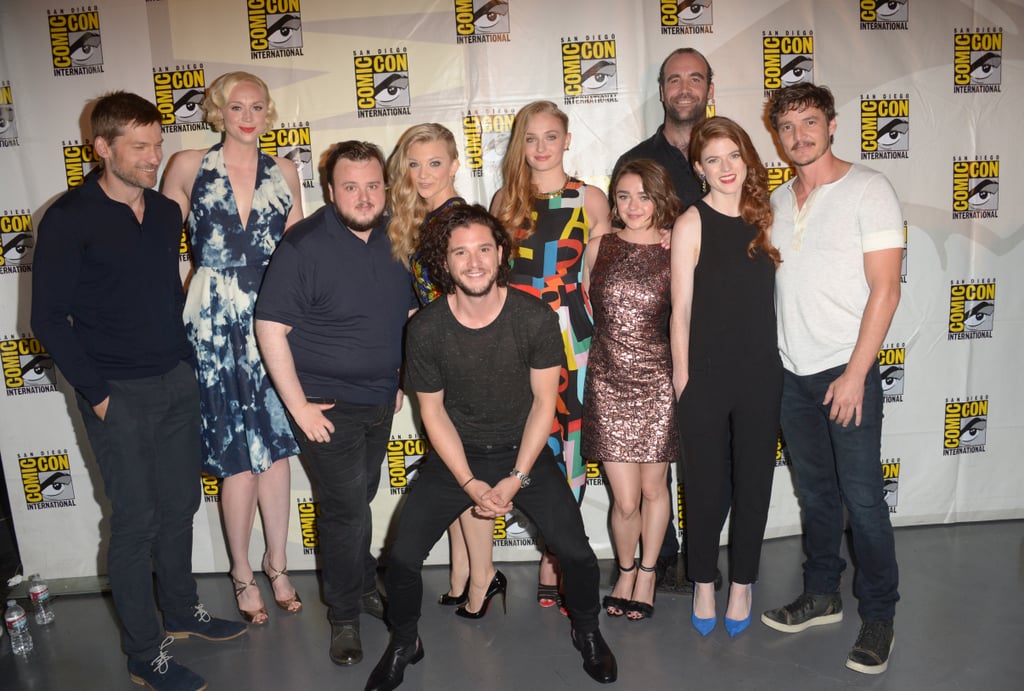 The impossibly good-looking cast of Game of Thrones took Comic-Con International: San Diego by storm, and they brought plenty of treats for fans along with them. Not only did they show off their first blooper reel and a video introduction to the show's new characters, but fan favorites like Kit Harington (Jon Snow) and Maisie Williams (Arya Stark) also took fan questions about the show. Find out what it was like to film that final scene between Jon and Ygritte, how Sophie Turner feels about Sansa's evolution, and most importantly — which actor is ready to strip down for season five.

Sex and the City
What Has And Just Like That Done to Miranda Hobbes?
by Njera Perkins 5 hours ago