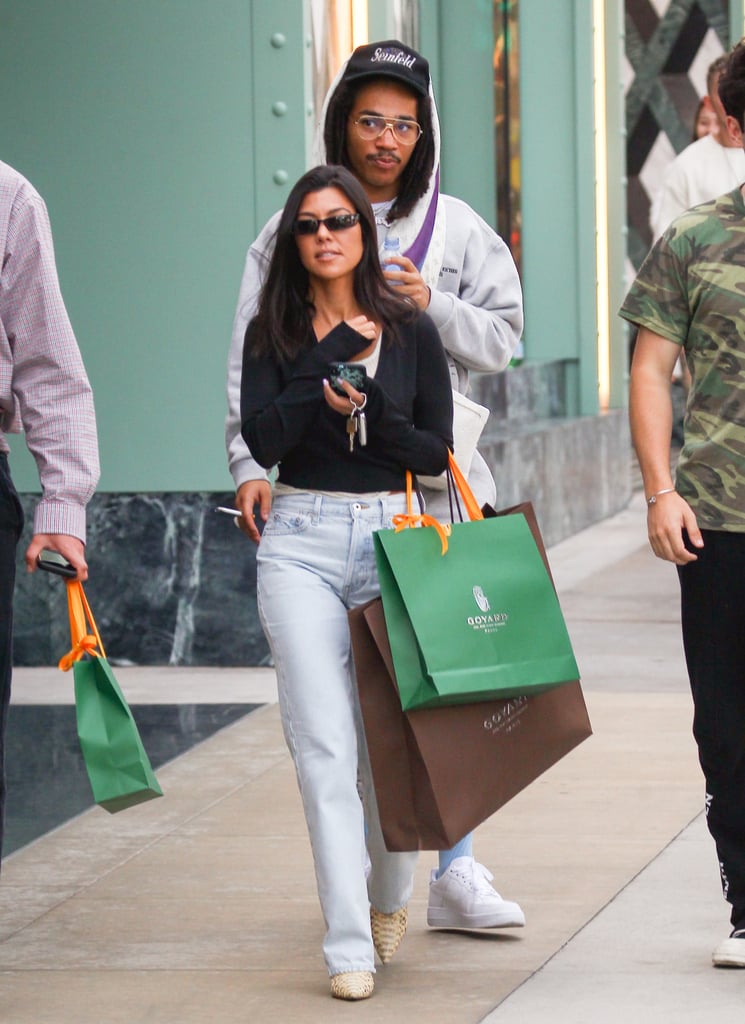 Shortly after Kourtney Kardashian split from boyfriend Younes Bendjima in August, rumors spread that she and Grown-ish star Luka Sabbat had a romance brewing. The 39-year-old reality TV star was spotted hanging out with the 21-year-old actor multiple times last year, causing many people to wonder if they were dating. On Sept. 21, Kourtney and Luka were photographed leaving The Nice Guy in LA, and the following day, they partied it up together at TAO Chicago's grand opening. According to ET, Kourtney and Luka were "loving on each other, sitting together, and holding hands" at the time.

For a while, it was unclear if Kourtney and Luka were actually dating, but we finally have an answer. According to Luka himself, they're not a couple. In an interview with The Cut, the actor clarified any misconceptions, saying, "We're definitely not dating." So there you have it.

Still, the actor has been a friend of the Kardashian-Jenner family for quite some time now. Back in May, he and Kendall Jenner were photographed hanging out in NYC, and in August, he attended Kylie Jenner's 21st birthday and the brood's Labor Day celebration. It's also worth noting that both Younes and Luka follow each other on Instagram — for now, anyway — so we can assume things aren't that awkward between them because of the now-debunked rumors.

Aidy Bryant
5 Things You Might Not Know About Aidy Bryant's Husband, Conner O'Malley
by Amanda Prahl 23 hours ago